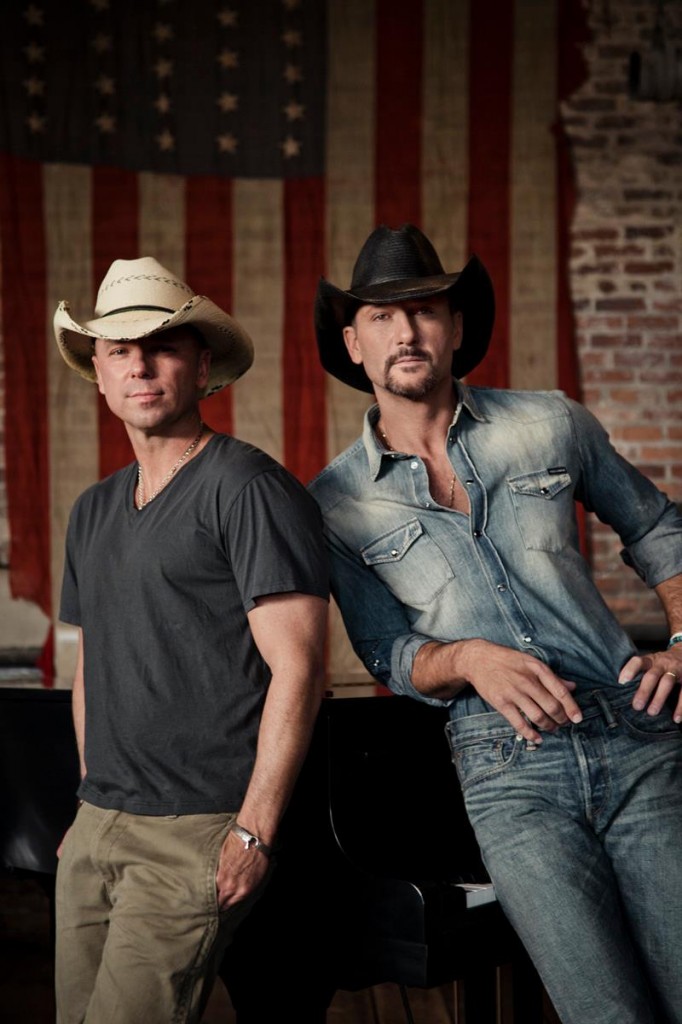 The “‘Watch The Throne’ of country music concerts” (Chicago Tribune) can now be crowned king. The Brothers of the Sun Tour, with Kenny Chesney and Tim McGraw, has officially hit the one million ticket mark, cementing its position as the hottest tour of the year. The announcement comes just after Pollstar declared the tour the highest-grossing of 2012 thus far, more than doubling the grosses of Roger Waters and Coldplay.

“I’m so grateful to all of the fans that have made this tour such an amazing success and a nonstop party night after night,” Chesney said. “Being out on the road with Tim has been incredible and we still have a lot of songs left to sing this summer.”

Brothers of the Sun, with Chesney and McGraw, marks the ninth consecutive tour that Chesney has reached the million-tickets milestone, following last year’s Goin’ Coastal Tour. Chesney’s latest single, “Come Over,” which was called “one of this summer’s hottest songs” by NPR “Morning Edition,” was officially certified gold by the RIAA this week, and his album Welcome To The Fishbowl currently sits at #2 on the Billboard Top Country Albums Chart