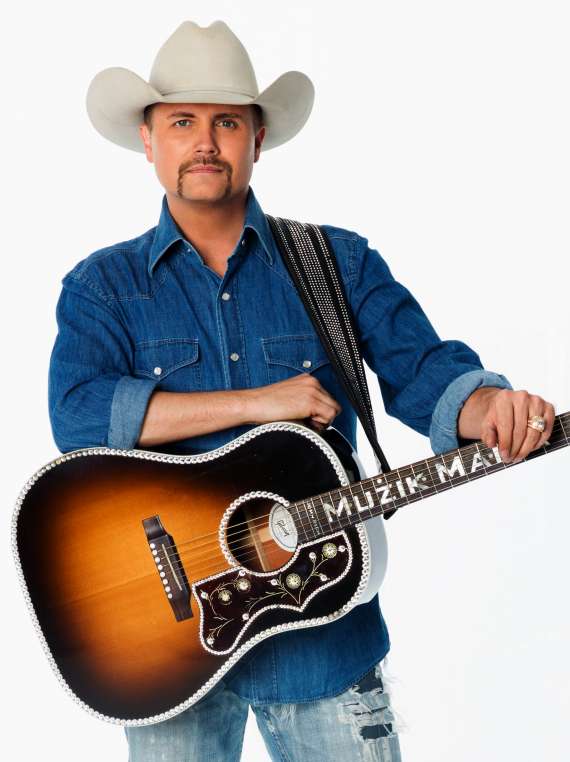 John Rich, GRAMMY nominated performer, songwriter and producer and one half of the multi-platinum hit duo Big & Rich, will be featured in the new CW primetime music competition series The Next: Fame Is At Your Doorstep, premiering this Thursday, August 16, at 9:00pm EST/PST.

As one of four mentors, who include Gloria Estefan, Nelly, and Joe Jonas, Rich travels across the country searching for artists on the verge of stardom. Living with each of the aspiring talents for three days, Rich prepares the hopefuls for a major performance, visiting cities such as Chicago, Dallas, New York and Los Angeles.

The final contestants compete head-to-head in a singing competition in Los Angeles where viewers can vote for their favorite. The winner will be awarded an exclusive recording contract with Atlantic Records.

In other news, Big & Rich are preparing to release their 4th studio album, Hillbilly Jedi, September 18 on Warner Bros. Records, and it is currently available for pre-sale at BigAndRich.com. Fans can choose from three exclusive packages which include autographed copies of the album, Big & Rich branded aviators, a Hillbilly Jedi T-shirt, and more. The limited edition Hillbilly Jedi Collectors Package has been created especially for super-fans and includes a framed poster that John and Kenny will autograph and personalize to you. Fans will also be able to view a behind-the-scenes video for the making of “That’s Why I Pray” and get the chance to listen to the duo’s track featuring Bon Jovi, “Born Again.”

Comprised of Kenny Alphin and Rich, The Celebrity Apprentice winner, the multi-platinum hit duo has also garnered multiple GRAMMY, ACM, CMA, and CMT Music Award nominations. Their first studio album in four years, the new album features their latest Top 20 hit single, “That’s Why I Pray,” which raced up the charts upon release and continues to build.

Also a prolific songwriter and award winning producer, Rich has recorded over 2,000 songs, and has had 44 Top Country hits, while his publishing company just scored their first #1 with Kelly Clarkson and Jason Aldean’s duet, “Don’t You Wanna Stay.” Named the winner on the 11th season of The Celebrity Apprentice, Rich raised over $1.4 million dollars for St. Jude Children’s Hospital, the most any contestant has raised for their charity on the show.