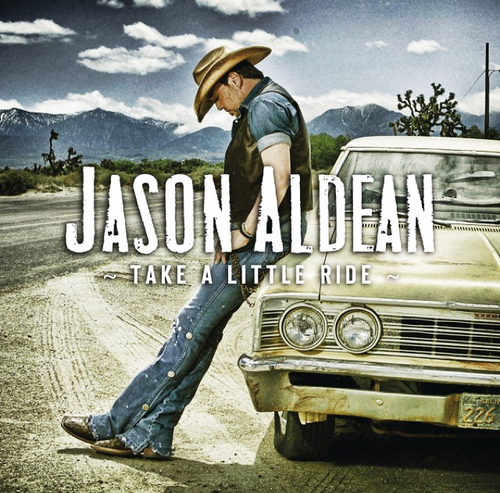 The wait is over! Country superstar Jason Aldean premieres “Take A Little Ride,” the first video off his upcoming album, today on the CMT’s Top 20 Countdown and now on CMT.com!

“Take A Little Ride,” one of the most highly-anticipated videos of the summer, was directed by Shaun Silva and showcases Jason doing what he does he best – delivering hook-filled country music with an edge. The single is already flying up the charts at radio where it’s reached #15 on Billboard Hot Country songs in just three weeks.

With more than six million records sold and nine No. one hits, three-time GRAMMY nominee Jason Aldean is set to release his highly anticipated fifth studio album this fall. The current CMA and Billboard Album of the Year, Aldean’s DOUBLE PLATINUM fourth record MY KINDA PARTY was the top-selling country album of 2011 and the No. five top-seller in all of music, spawning five consecutive No. one hits including the TRIPLE PLATINUM “Dirt Road Anthem” and the crossover smash “Don’t You Wanna Stay” feat. Kelly Clarkson.  The Georgia native’s 2012 MY KINDA PARTY TOUR has sold out every show so far this year, many in a matter of minutes, with his first stadium show in August selling out more than two months in advance.