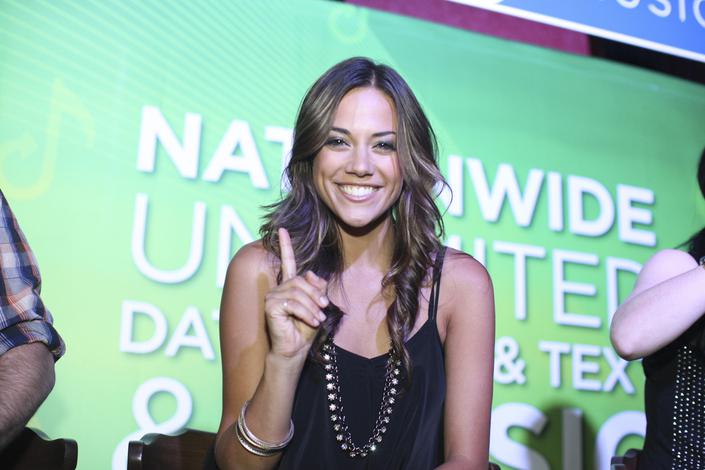 Jana Kramer, countrys favorite newcomer, has been signed by Nationwide Insurance to sing the companys well-known On Your Side commercial jingle. Kramers voice will be featured in new television advertisements Nationwide launched as part of its integrated national marketing campaign, Join the Nation. The commercials debuted during the opening ceremonies of the 2012 Olympics and will continue to air nationally throughout the next year.

“Nationwide is On Your Side is familiar to many people”, said Matt Jauchius, Nationwides Chief Marketing and Strategy Officer. “Our new Join the Nation campaign tells the story of what our On Your Side promise truly stands for  and were pleased to have such a talented young artist help bring it to life.”

Kramers debut single, Why Ya Wanna, broke into the Top 10 this week and continues to build at a record pace, ranking as the highest charting female debut since Taylor Swifts 2006 single Tim McGraw.  Kramer has sold over 700,000 single tracks, including almost half a million of Why Ya Wanna. Kramer is also the fastest climbing debut artist of this year since releasing her Elektra Nashville self-titled debut album June 5, 2012 and debuting at No. 5 on the Country Chart.

Named one of Summers Hottest Artists by People Country and one of the Seasons Biggest New Names by Billboard, Kramer is currently on Brad Paisleys Virtual Reality Tour performing through the fall on the Virtual Opry Stage.