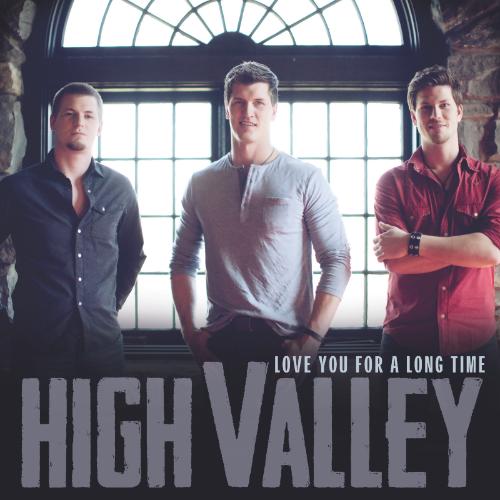 Whether attributed to genetics or singing together since birth, there is something remarkable about the vocal perfection of three brothers singing together in flawless harmony. Country music trio HIGH VALLEY is a prime example of this sonic phenomenon as Brad, Bryan and Curtis’s voices meld seamlessly on their stateside debut single, “Love You For A Long Time.”

Rodeowave Entertainment is partnering with the trio to launch the band’s first U.S. single, “Love You For A Long Time,” written by lead singer Brad Rempel with Jared Crump and Ben Stennis. The song’s driving rhythm and catchy lyric describe the perfect love that endures through the ups and downs of life. “Love You For A Long Time” is set for a September 10 impact date. The band has spent the last several weeks on a nationwide radio tour and stations are already spinning the track! High Valley is already a familiar face on CMT Pure and CMT.com with music videos on TV and online.

With three Top 10 singles and numerous nominations and awards to their credit, 27-year old lead singer Brad moved to Nashville in 2010 to begin writing with some of Nashville’s top songwriters. He collaborated with established tunesmiths including Phil Barton (Lee Brice “A Woman Like You”), Danny Wells (George Strait “Check Yes or No”) and Allen Shamblin (Miranda Lambert “The House That Built Me”) to co-write ten of the eleven tracks on their upcoming U.S. debut album, Love Is A Long Road, before Bryan and Curtis joined in the studio alongside producers Phil O’Donnell and Jeremy Spillman. The record will release through Eaglemont Entertainment in early 2013 as the single climbs the country radio charts.