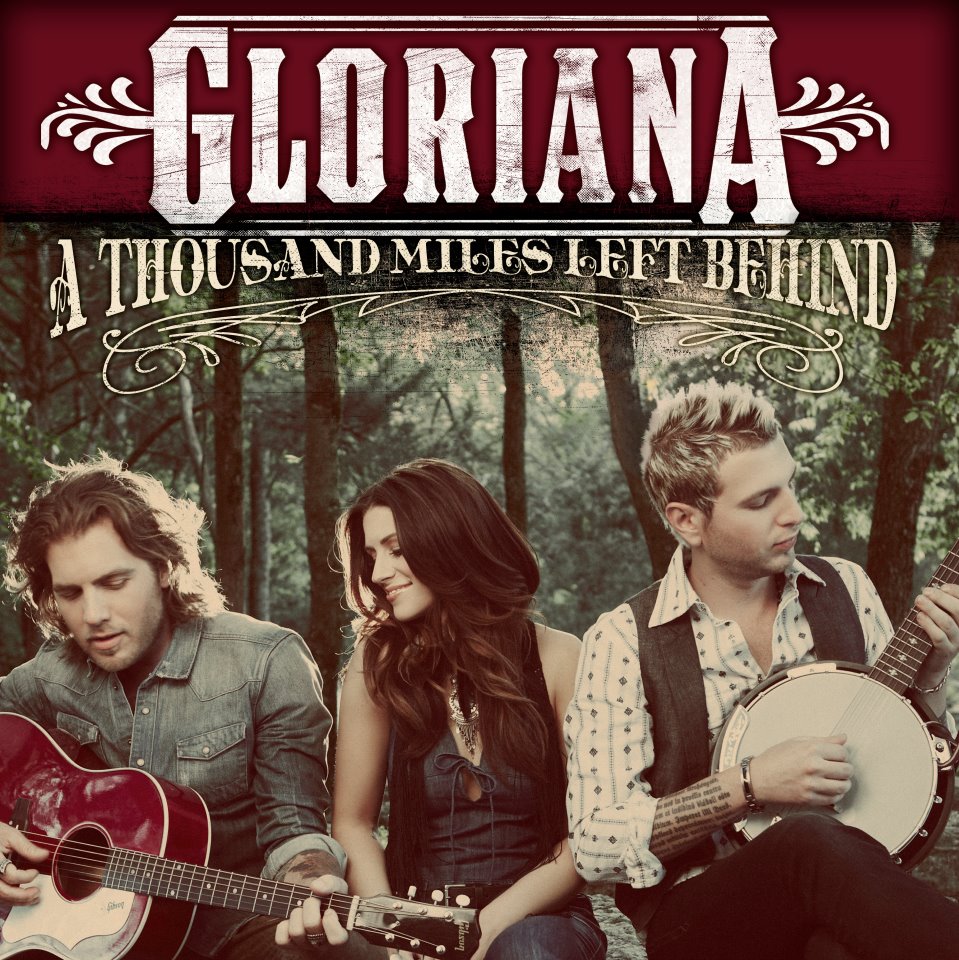 Country music trio Gloriana’s second studio album A Thousand Miles Left Behind debuts at #2 on the Billboard Country Album Chart and at #10 on Billboard’s Top 200. The album has received critical praise for the growth the band displays on the 11 tracks, especially on their current single “(Kissed You) Good Night,” which is at #2 on the Billboard Country Singles Chart. The trio is currently out on the road performing headlining shows across the country in support of the new album.

“It’s so exciting for us to finally have this new album out and to watch the great response it has gotten is just incredible,” said Gloriana. “We are so grateful for the support and encouragement we have received from our fans and everyone in the country community.”

Tom, Mike, and Rachel have funneled everything they’ve learned into A Thousand Miles Left Behind intent on revealing more of themselves as artists. Gloriana worked with some of Nashville’s finest songwriters and had a hand in writing every track on the album. The trio worked with GRAMMY Award winning producer and Emblem Music Group label owner Matt Serletic (Willie Nelson, Matchbox 20, and Aerosmith). Fans can get up to date information on Gloriana’s tour and more information on the rising country trio by going to www.Gloriana.com.