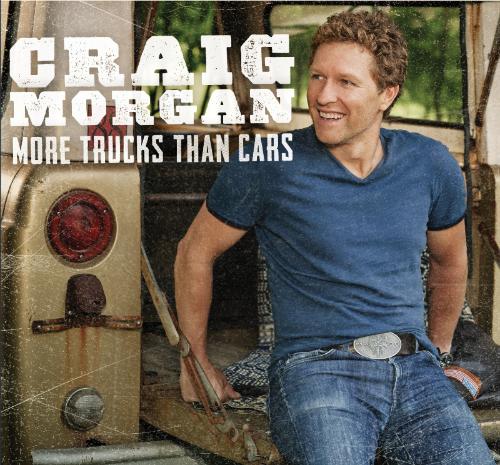 Country music star and award-winning TV host Craig Morgan will release his latest single “More Trucks Than Cars” from his recent album This Ole Boy.  Written by Morgan with Phil O’Donnell and Craig Wiseman, the song is an anthem for the southern lifestyle, depicted in stars that light the night sky, biscuits, grits and gravy, ‘Ole Glory’ flying high and a landscape where you’ll sooner spot a truck before you see a car. And Morgan can wholeheartedly relate to his lyric “meanwhile back in Tennessee we’re raising our babies and our own green beans.” Craig Morgan’s “More Trucks Than Cars” is set for an August 27 impact date on country radio

The song is equally relatable to metropolitan areas of the U.S. where there is no shortage of hard-working Americans ad a touch of the southern lifestyle is a hot commodity.  While in New York earlier this year, Morgan was surprised at the number of trucks he spotted amongst the sea of yellow cabs in Manhattan.

The new album This Ole Boy, his first new music in three years and debut release on Black River Entertainment, is co-produced with his longtime creative partner Phil O’Donnell.  Morgan co-wrote 6 of the 12 songs on the new record including this latest single release, “More Trucks Than Cars.”

News of this release comes on the heels of his Sixth Annual Craig Morgan Charity Weekend. The event, which includes a motocross ride, concert and sporting clays shoot, raises funds to support local foster children in Dickson County, Tennessee and to eventually build and maintain a home for temporarily displaced children. In addition, viewers can catch his TV show, “Craig Morgan: All Access Outdoors” every Sunday night at 11pm (EST) on Outdoor Channel. Check local listings or log on to www.OutdoorChannel.com to find out how to get the network in your area.