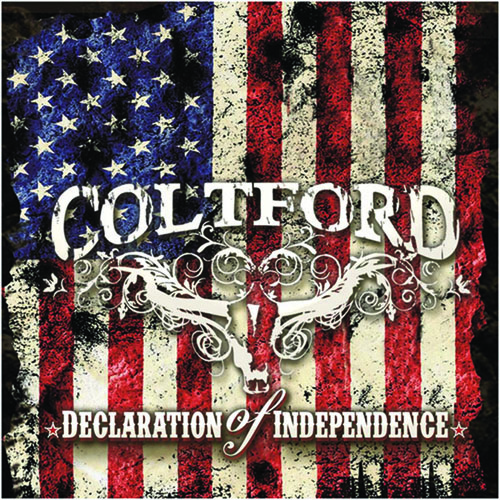 Colt Ford’s fourth studio album, Declaration of Independence, has made its way on the top of the album charts taking the No.1 spot on the Billboard Country albums chart and #5 overall on the Billboard 200. This is the highest career album debut for Colt Ford and his independent record label, Average Joes Entertainment.

“I just can’t thank my fans enough for making this record No. 1,” says an emotional Ford. “I believed this was my best album yet, and my fans have just proved I was right.  Today is a great day and I am so blessed.”

The critics agree with Ford and his fans. The Associated Press says, “Ford not only illustrates that country music can continue to draw on other contemporary musical styles, he also shows that modern-era rednecks can mix with the rest of the world, too.”

“…between the high-powered guests and his dead-on takes of small-town life, this album will resonate long after the novelty wears off.” USA Today

“…it simply sounds like a natural representation of the South.” Billboard

“He marries country and hip-hop components with the finesse of a veteran diplomat.” MSN Music

“He truly is a rough-edged but good-natured country boy who knows exactly what he’s talking about, and he knows that there’s more to life than partying. And just like before, he knows how to prove that country and rap are two great tastes that taste great together.” Roughstock

“Every now & then there is an album released and once you hear it, you start calling all your friends and have them come over to listen.  Colt Ford’s Declaration of Independence is one of those albums.” Country Music Rocks

“Anyone with an open mind who is willing to accept that the boundaries of all genres of music are constantly being expanded will be drawn in by Colt Ford. Don’t fight it, just listen.” Country Music Is Love

That support of artists propels Ford him to continue creating music for his fans. “I cannot say how much that means to me and how humbling it is when those artists, artists that I have such huge amount of respect for, that I’m a fan of, and I’m friends with support me,” explains Ford. “A bunch of them sent out messages – along with the guys on the record which is awesome, but when guys that don’t have anything to do with the record do it- it just blows me away. That’s why I’m a country artist. That’s why I love the country genre more than anything in the world because that’s what we do. We help one another.”