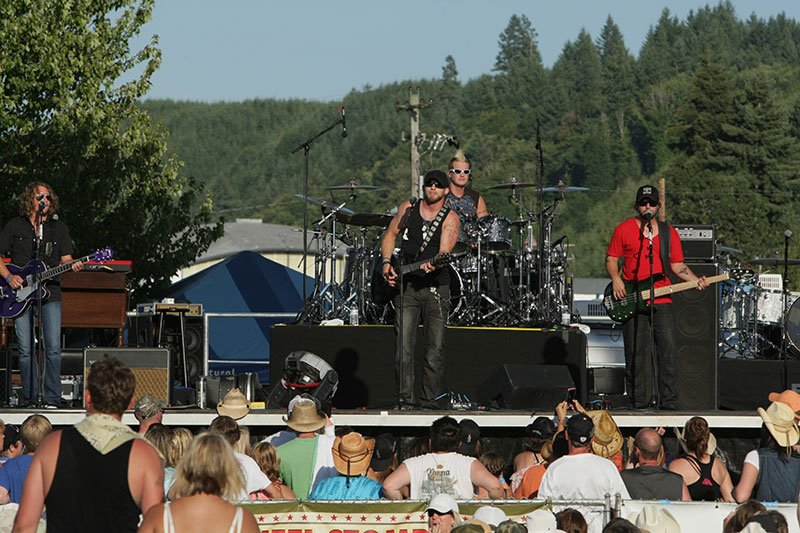 The southern country rock sound has become very popular in the last decade on country radio.  Acts like Jason Aldean, Tim McGraw, Toby Keith, and Keith Urban cut a path for some artists coming into the mainstream of the genre.  Eric Church and Colt Ford have refined a sound that is quickly gaining radio spins and making people take note that country music is on the verge of another shift in its ever evolving sound.  Songs with strong bass lines and hot electric guitar riffs are becoming the norm in songs today.

I had the chance to take in a show featuring Brantley Gilbert (The Valory Music Co.) in Sweet Home, Oregon.  The Georgia native was coming off his second consecutive number one record, “You Don’t Know Her Like I Do”.  Gilbert took the stage wearing his traditional show attire, sporting a black baseball cap.  After playing a few songs, he addressed the crowd who appeared to be unsure of what they were watching.  “If I were you, I’d be scared too…” The comment seemed to light a fire under the people who knew who Brantley was, making them cheer even louder as the band went back into the set.  Scanning over the crowd, several groups of younger fans remained on their feet as Gilbert went into his first number one record, “Country Must Be Country Wide”.

Gilbert’s fans, known collectively as the “BG Nation” were out in full support as he played his set despite the 104 degree temperatures beating down on the crowd.  Toward the end of the set, Brantley told the fans over in the beer garden, his largest area of support, that he would come see them soon.  Everyone believed he’d come hang out after his set was over, little did anyone know he’d be there much sooner.

The thing that most people don’t realize is that Brantley has had a huge underground following, with almost no radio support.  Despite writing some of most popular songs in the last few years, including “Dirt Road Anthem” and “My Kinda Party”, he has been a rare play on country radio until recently.  Jason Aldean took “Dirt Road Anthem” to number one on the country charts.  One of Gilbert’s more popular cuts describes the woman of the south, in a song titled “G.R.I.T.S” (Girls raised in the south).  As the song finished, Brantley hopped off the stage and sprinted directly for the beer garden.  With tour and venue security following behind, Gilbert high-fived the crowd as he ran along the short fence that bordered the beer garden.  Down and back went the self described country boy, making back to the stage just as his band finished the end of the song.  He finished his set with his current single “Kick It In The Sticks”, which seemed right on point as the show was taking place in a small town.  The opening guitar riff sent the fans into a frenzy as the song talks about heading out for a good time with girls, beers, and a bonfire.  As the song came to end, the once timid crowd gave Gilbert a standing ovation.

In talking with fans after the show, those who hadn’t seen him before or didn’t know much about him, told me that they were now fans and would be very excited to see him again.

While country music is constantly evolving and expanding its boundaries, its acts like Brantley Gilbert who will continue to break new ground and gather fans as his music is played by fans of country music.

Keep up with Brantley, and see if he is coming to an area near you by visiting his official website www.BrantleyGilbert.com.