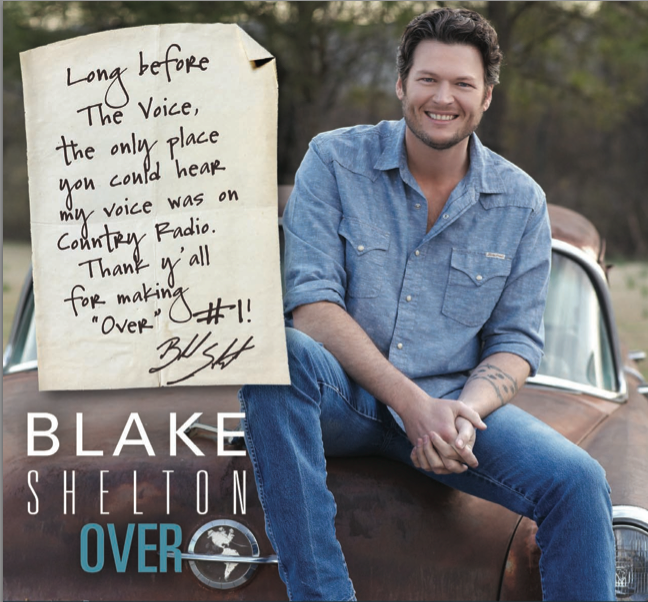 Blake Shelton’s latest single, “Over,” now marks his seventh consecutive No. 1. and his 12th No. 1 hit to date. Blake has not had a single peak outside the Top Ten since 2007. “Over” is the fourth single off Blake’s GRAMMY nominated album of the year, Red River Blue. When asked about “Over” Blake said, “Long before The Voice, the only place you could hear my voice was on Country Radio. I owe a lot of my success to the support of my fans and radio.”

Blake is also getting ready to release his first Christmas album, Cheers, It’s Christmas on October 2, 2012 on Warner Bros. Records. The album will feature several duet performances including fellow The Voice advisor Michael Bublé, long-time friend, Reba and a very special duet with his mother, Dorothy Shackleford. The album includes classic Christmas songs that have touched Blake over the years. Many of the tracks were also recorded at the famous Capitol Studios with full orchestral accompaniment.

“I wanted my Christmas record to be a classic-sounding album, bigger than any genre,” Blake said. “The recording process definitely took me out of my element and pushed me to really work through a lot of ideas. But in the end, what Scott Hendricks (producer) and I came up with is a classic Christmas record that I’m very proud of.”

Keep up with Blake by visiting his official website, www.BlakeShelton.com.