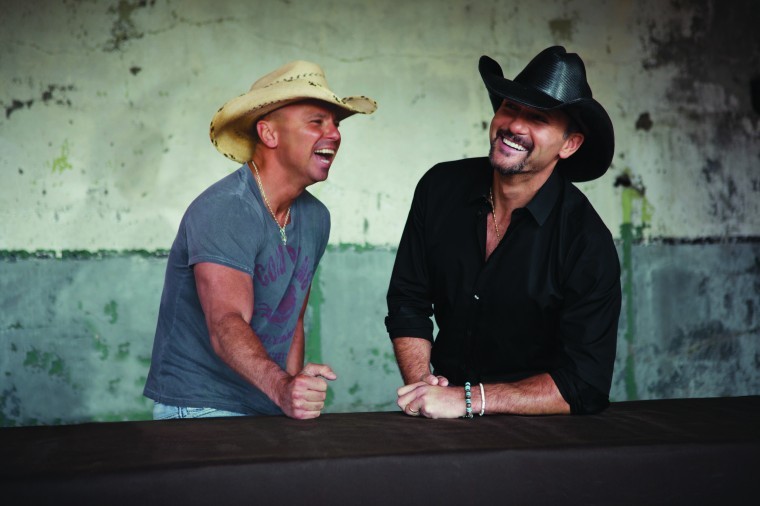 Pollstar has reported that the ‘Brothers of the Sun’ Tour, with Kenny Chesney and Tim McGraw, is the highest-grossing summer tour (based on average box office gross per city), grossing more than twice as much as Roger Waters and Coldplay. See the full report here.

The success of the tour, which has already sold nearly one million tickets, shows why this “reunion of epic proportions” (LA Daily News) has been hailed as “the ‘Watch the Throne’ of country music concerts” and that, “for country music fans, it doesn’t get any bigger than this.” (Chicago Tribune).

Of Saturday’s Anaheim show – Chesney’s first non-festival performance in the LA area in more than four years – the LA Daily News raved “Chesney’s performance showed just why he’s won all those awards,” and LA Times said “it’s no surprise that he keeps packing arenas and stadiums.”

“McGraw’s set,” OC Register said, “…couldn’t have been more on-the-money, the pacing of it ideal, the range of it just right, from touching ballads like ‘Where the Green Grass Grows’ and a robust rendition of ‘Live Like You Were Dying’ to hearty good times in the heat with his final match-up in the encore, ‘I Like It, I Love I’ and the hard-rockin’ ‘Truck Yeah.'”

To see if Chesney & McGraw are coming to an area near you on the Brothers of the Sun Tour, click HERE.