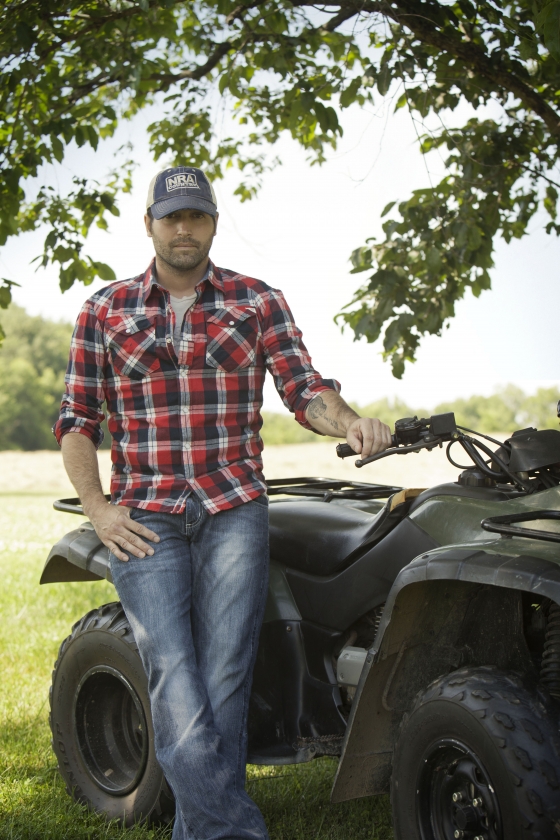 Critically acclaimed singer/songwriter and country star JOSH THOMPSON has been selected as the NRA Country Artist of the Month for July.  He joins some of country music’s biggest artists including Trace Adkins, Rodney Atkins, Lee Brice, Montgomery Gentry, Justin Moore, Craig Morgan, Sunny Sweeney, Gretchen Wilson, and TV personality Storme Warren, who have teamed up with NRA Country to celebrate their support of our brave men and women in uniform, appreciation for the great outdoors, and love of family. Thompson’s strong beliefs and love for the great outdoors make him a great fit for the NRA Country Artist of the Month promotion.

“Before I moved to Nashville, I took a wilderness course where I lived entirely off the land for 9 months. During that time I gained a deep appreciation for our beautiful land and freedom in this country. I’m eternally grateful to those who fight to protect that freedom every day. When I’m not making music, my favorite place to be is way out in the country surrounded by open fields, blue skies and fresh air. I am Josh Thompson and I am NRA Country.”

As part of the July promotion,fans can check out an exclusive video of never-before-seen footage of Josh at his NRA Country photo shoot, on his bus and as well as on the road.  In addition to this great exclusive video, fans can register to win a Josh Thompson prize pack including:  Two (2) tickets to the public concert of the winner’s choice, Two (2) meet & greet passes, a t-shirt, photo and a CD sampler of new music!

Visit nracountry.com/this-is from now through the end of July to check out the video and register to win.