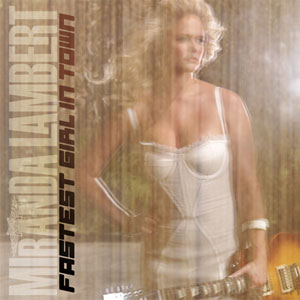 With her co-star and partner in crime Danica Patrick, Miranda Lambert’s “Fastest Girl In Town,” video is now available. Playing pool, flirting with men and stealing cars is all in a day’s work for the pair who met for the first time on the set of the video shoot last month. The video also includes a cameo from famed actor W. Earl Brown, co-star of HBO’s Deadwood and upcoming film The Lone Ranger with Johnny Depp.

This is Miranda’s first music video without a vocal performance and completely ‘driven’ by the storyline. “I really get to act in the video. We have live sound and action scenes which feel more like a mini-movie than a music video,” shares Miranda.