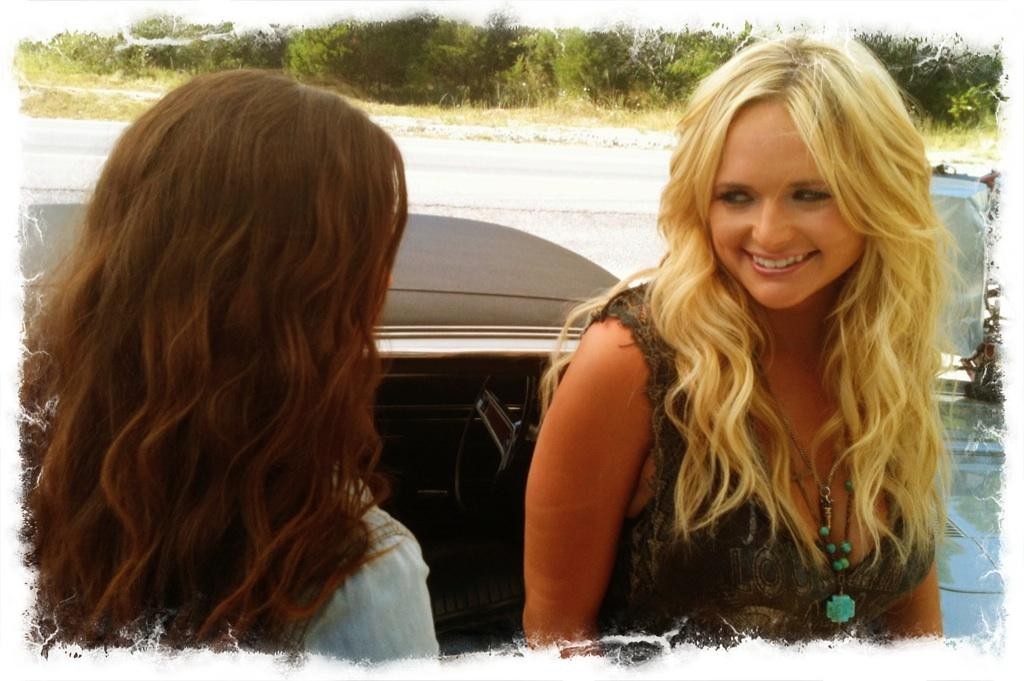 As her new single “Fastest Girl In Town” is racing up the charts, Miranda Lambert recently called on some new friends to join her in the music video which was shot a few weeks ago.

Miranda’s partner in crime is NASCAR driver Danica Patrick. “Danica was the person I thought of immediately when I envisioned the video. We had so much fun playing two bad ass chicks up to no good,” she laughs. “Danica has a really busy schedule, and I’m thrilled she was able to take time to come to Tennessee and be a part of this.”

Also along for the ride is famed actor W. Earl Brown, co-star of HBO’s Deadwood and upcoming film The Lone Ranger with Johnny Depp. Among over 90 films to his credit, he is well-known for his role as the brother of Cameron Diaz in There’s Something About Mary. “Earl is a true character, and he brings so much charisma and authenticity to his scenes,” tells Miranda.

Directed by CMA Award winner Trey Fanjoy, “Fastest Girl In Town” is completely narrative; it’s the first Miranda video with no vocal performance scenes. “I really get to act in the video. We have live sound and action scenes which feel more like a mini-movie than a music video,” shares Miranda.

“Fastest Girl In Town” is one of CountryMusicRocks Top 10 Country Songs to Rock Summer 2012.  The new single is available on her recent album Four The Record available now by clicking HERE.