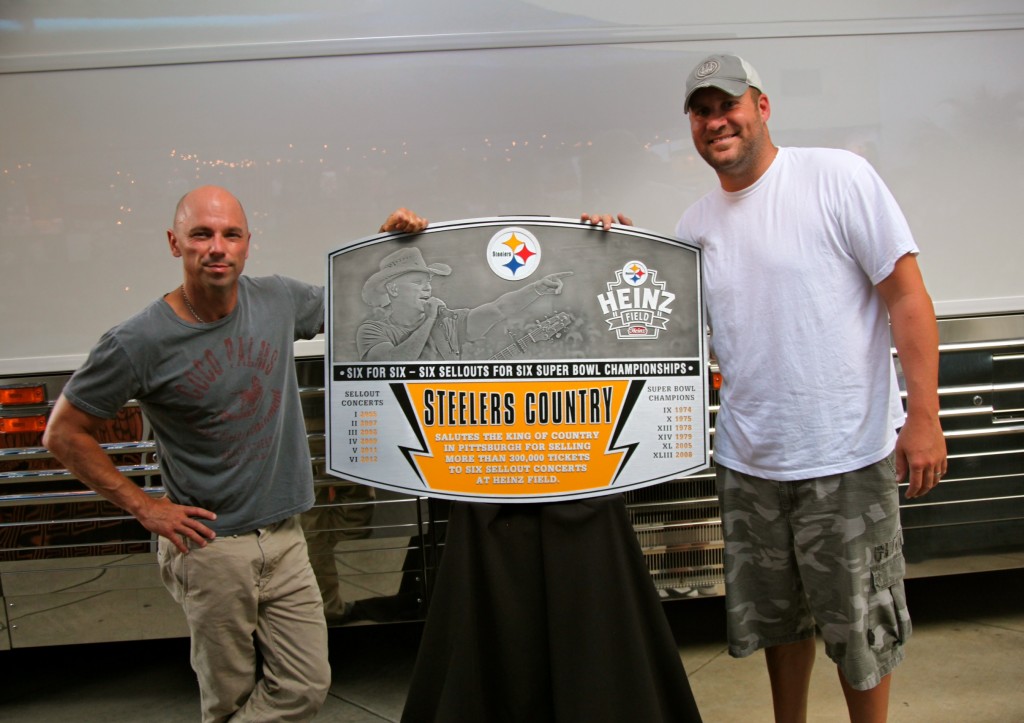 It was a special night in Pittsburgh for the ‘Brothers of the Sun’ Tour with Kenny Chesney and Tim McGraw with a sellout crowd of more than 53,000. For Chesney, it was his sixth time to play for a sold-out Heinz Field and in recognition of that feat, the Rooney family, owner’s of the Pittsburgh Steelers, presented Chesney a cast iron Six For Six plaque, commemorating his six sold shows and the Steelers six Super Bowls Championships.

“I believe this might be the best gift I’ve ever gotten on the road,” said Chesney. “It epitomizes all the heart and energy and passion that this crowd has, that this town has.” With his Heinz Field run which began in 2005, Chesney has sold more than 300,000 tickets there. In addition to the plaque, Chesney was given a Steelers helmet signed by former Pittsburgh Super Bowl MVP and Hall Of Famer, Franco Harris.

“Every once and a while you get a crowd that’s just special, and you feel the night begin to turn,” said Chesney to the crown that began tailgating and boat-gating at 6:30 am. “All of the sudden, the stadium becomes a club.” Backstage guests included Steelers quarterback Ben Roethlisberger, and Hall of Fame quarterbacks Dan Marino of the Miami Dolphins and Jim Kelly of the Buffalo Bills.

With nearly a million tickets sold already, the tour is approaching the half mark in the 22 city, all-stadium tour. Chesney’s new album, ‘Welcome To The Fishbowl’ was released June 19 and debuted at #1 on the Billboard Country Album chart. His hot new single and video, “Come Over,” is one of the fasting rising songs of his career. 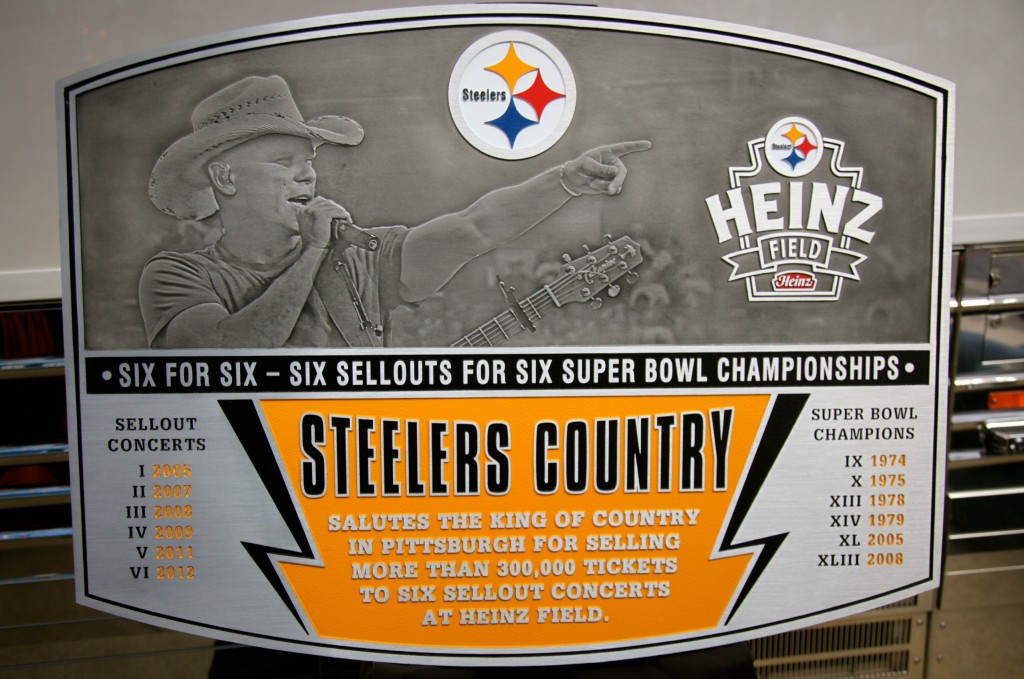