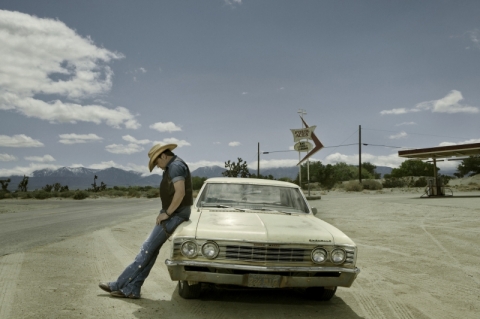 On the heels of five consecutive No. one singles, MULTI-PLATINUM entertainer Jason Aldean releases the driving lead single “Take A Little Ride” from his upcoming fifth studio album today.  The track is now available for purchase at iTunes by clicking HERE, and physical singles will be sold at Walmart stores nationwide beginning Aug. 7.

“Everyone has been asking if the new album is going to be different from the ‘My Kinda Party’ album,” said Aldean.  “I tried to find the best songs that I could and also ones that fit what I do in my live show.  There’s a little bit of everything, including some more traditional country stuff and some songs that might raise a few eyebrows.  I thought this would be a great lead single to come with after ‘Fly Over States’…it’s about grabbing your girl and getting lost in the country. Sounds like a pretty good Friday night to me!”

Aldean’s fifth studio album, due out this fall, is the follow up to the DOUBLE PLATINUM, Country Music Association and Billboard Album of the Year MY KINDA PARTY, which spawned five consecutive No. one singles and was among the Top Five best-selling albums of 2011 in all genres.  The Macon, GA native’s high-octane live show has sold out every date so far this year and now counts its first stadium sell out in Columbus, OH.  The 2012 MY KINDA PARTY TOUR continues to smash venue attendance records as it crisscrosses the nation playing to capacity crowds at its biggest amphitheaters through Oct.