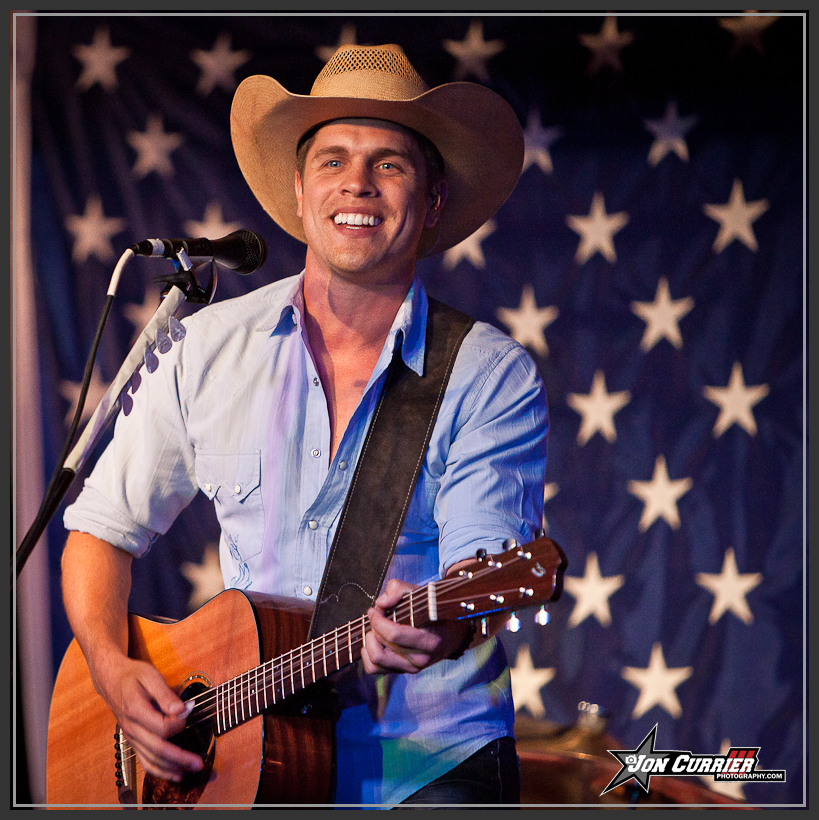 Dustin Lynch has been making a significant impact in country music with the release of his debut single “Cowboys And Angels”.  The hit single is already in the Top 15 on the country music charts and continues to rise. Today also marks another accomplishment for Lynch as “Cowboys And Angels” has risen to #5 on MTV’s Music Meter in the all-genre category for up & coming new music.

99.5 The Wolf and Duke’s Bar & Grill brought in Dustin Lynch for a “low-dough” show benefiting the Doernbecher Children’s Hospital on Tuesday, July 24. Dustin’s performance was beyond amazing.  The show was anticipated to be great, but expectations were far exceeded as he set the bar to a whole new level.  Kicking his show off with “She Cranks My Tractor”, the tone was immediately set for the evening ahead.  Lynch introduced several new songs from his forthcoming debut album and fans embraces each & every one of them, further building anticipation for his album release on August 21. Dustin was energetic throughout his entire set, which in turn magnified the crowd’s energy.  His connection with the audience was evident right from the start. The performance of “Cowboys And Angels” was a surreal moment of the evening.  The crowd was so loud singing it back to him, it was intense. Such an amazing moment for Dustin to experience and it was an amazing moment to witness. At that point, Lynch was not ready to end the evening.  He treated fans to several songs that he loves including Tim McGraw’s “Red Rag Top”, Garth Brooks “Friends In Low Places” & “Callin’ Baton Rouge”, and other well know country favorites such as “Fishing In The Dark”, “Dust On The Bottle” and even Bruno Mars “Just The Way You Are”.

Of the Tuesday night performance 99.5 The Wolf Music Director Savannah Jones said, “There are those special nights when the Artist, the Songs & the Fans make “forever” memories, we experienced one of those nights last night.  Dustin Lynch delivers “the goods”.”

Dustin Lynch was named one of CountryMusicRocks New Artists To Watch In 2012, and he further solidified that with his outstanding performance.  Lynch is not only amazing songwriter and vocalist, but when he is onstage, he is a solid entertainer.  The future of country music is in great hands with Dustin Lynch on the scene, he has a very bright future ahead of him.

Be sure to save the date and pick up Dustin Lynch’s self-titled debut album available on August 21.  To see if Dustin is coming to an area near you, click HERE.  You will not want to miss out on one of his shows!