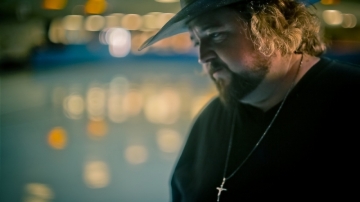 Colt Ford has exclusively debuted his new music video for “Back,” which was filmed in his hometown of Athens, GA, today, July 17th on ColtFord.com. “Back” with Jake Owen is lead single from his forthcoming album entitled Declaration of Independence, due out in stores August 7. The video premiere coincides with his album pre-order available for purchase at the low price of $7.99.

Directed by Team Genius Films’ Potsy Ponciroli and produced by Shannon Houchins, the video is literal to the lyrics, complete with Ford’s family making their video debut.  “This song is so close to my heart. It’s my life and I wanted to keep it real by having my whole family in the video,” explains Ford.  “I am proud of the song and the visual we created.  We went ‘back’ home and captured images from my mom’s house, the baseball field and roller rink I wrote about in the song.  It’s a true representation of what this song is about and the visual portrays the sentiment perfectly.”

Anxious for the release of his fourth studio album, Declaration of Independence, due out nationwide August 7, the new album is now available for pre-order exclusively on iTunes.  Until August 6, the Standard 11-track and the Deluxe 15-track versions are specially SALE priced on iTunes for $7.99 and $9.99. Both versions come complete with a digital booklet. To pre-order the new album, click HERE.

“Back,” co-written by Ford, Shannon Houchins and Noah Gordan, was recently released to country radio and has sold over 30k digital downloads in less than three weeks since its release.  For up-to-date tour scheduled and information, visit www.coltford.com.