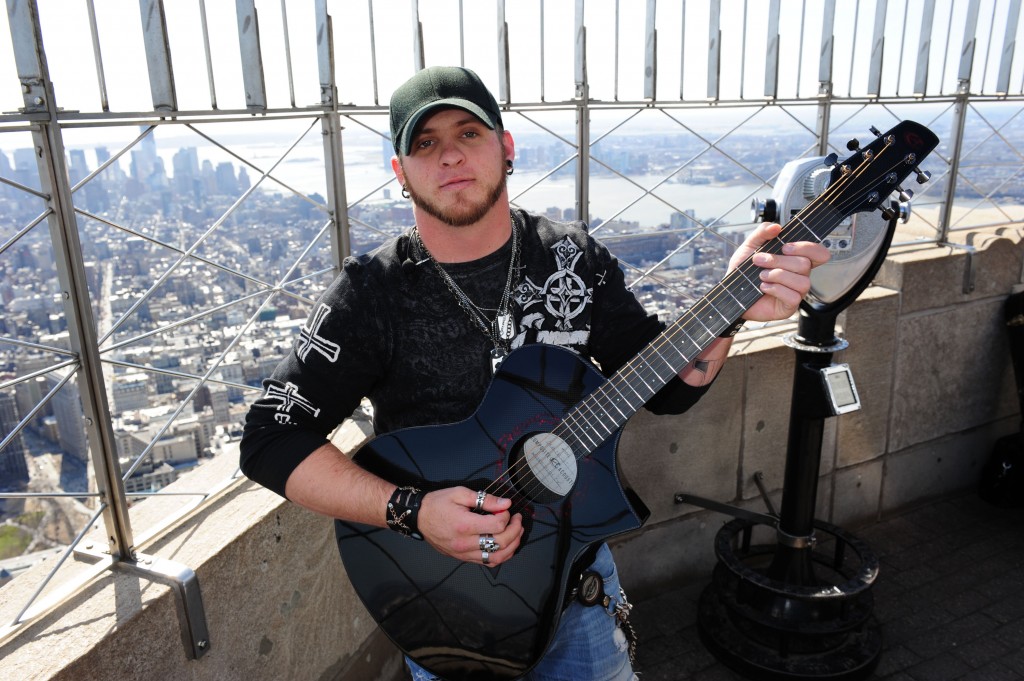 While still reveling in the excitement of his second consecutive #1 hit, “You Don’t Know Her Like I Do,” Brantley Gilbert announced his first headlining tour today. The HELL ON WHEELS TOUR will kick off Thursday, September 27 in Lafayette, IN. Special guest Uncle Kracker, Greg Bates and Brian Davis will be featured on various dates.

The hot Country rebel has already received much praise for his fist – pumping, high – energy live show as an opener on both Eric Church and Toby Keith’s tours.

“In the past few years, the Georgia native has developed into one of country’s hottest newcomers. In front of a big, rowdy crowd, he wore that rebellious streak on his sleeve and in the songs from his sophomore album, “Halfway to Heaven.” There was a scowl in his voice as he sang about running moonshine in “Hell on Wheels.” The crowd sang back lyrics about cowboys, hillbillies and radio stations that play “Cash, Hank, Willie and Waylon,” from Gilbert’s chart-topping song “Country Must Be Country Wide.” –Milwaukee Journal Sentinel

“The energy that Brantley Gilbert brought to his set was almost indescribable. If the energy from the pumping arms of the 2,000 people in the mosh pit arrayed in front of the stage could have been harnessed, it likely would have powered the Huntington Center.” – The Toledo Blade

Clearly raising hell in every state, Gilbert is poised to confidently own the stage during the next level in his career.

For tour dates and more visit:www.facebook.com/brantleygilbertmusic