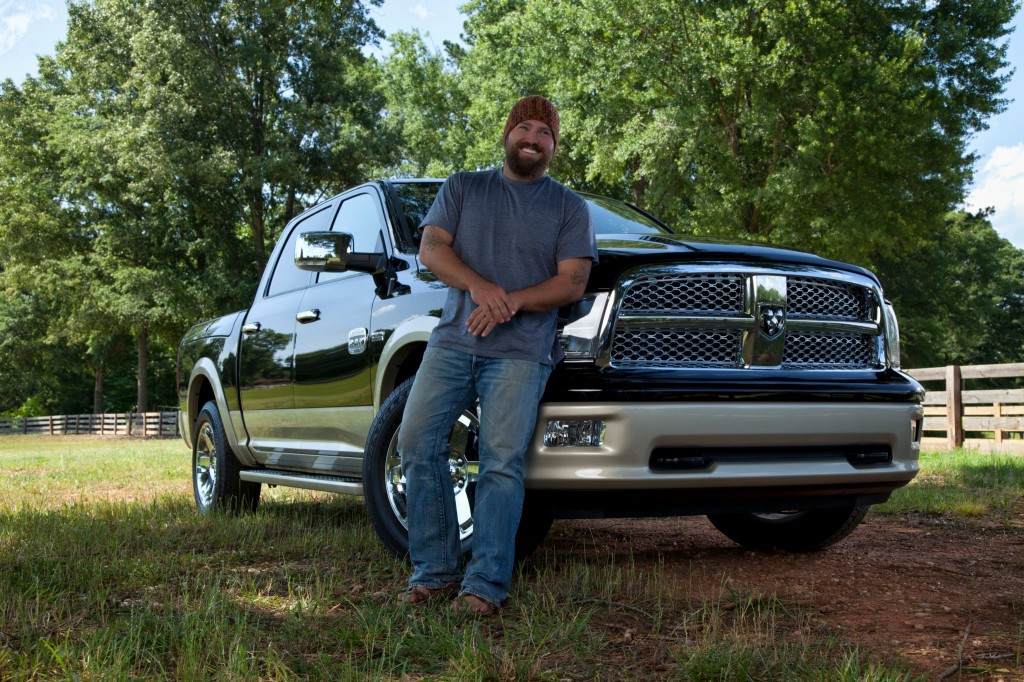 The Road to the Ram Jam, presented by the Ram Truck brand, features five of today’s best country music artists and provides fans the opportunity to win prizes, including trips for two to an invitation-only 2012 Ram Jam concert event Dec. 29 in Nashville, Tenn., where all five artists will perform.

The Road to the Ram Jam series and sweepstakes helps bring country music fans closer to some of their favorite artists with exclusive video content, the opportunity to win prizes — including collectible posters and vinyl records through participating country radio stations nationwide — and free music downloads. Fans can enter the sweepstakes for a chance to win trips for two to the invitation-only 2012 Ram Jam concert event at www.RamTrucks.com/RoadtoRamJam or on the Ram Trucks Facebook page at www.ramjamsweeps.com.

When fans enter the Road to the Ram Jam concert sweepstakes, the Zac Brown Band will offer them a chance to win a free download of their new single, “The Wind,” from the forthcoming album Uncaged, set for release on July 10 on Atlantic Records/Southern Ground Artists. The last Road to the Ram Jam artist will be announced in August and all five will receive a lease on a 2012 Ram 1500 Laramie Longhorn truck. The trucks will be auctioned off in early 2013 with all proceeds going to benefit a charity of each artist’s choice.

Proceeds from Zac Brown Band’s Ram truck will be donated to Camp Southern Ground, set to open in 2014, which is the passion project of Grammy Award-winning musician Zac Brown. Brown donated this 500-acre property, set in the farmlands of Georgia, to open the camp that will be a state-of-the-art facility with programs that will serve children ages 7-17 with both typical and special needs.

The camp will have activities that will challenge, educate and inspire children with diverse abilities and from all socioeconomic backgrounds, races and religions. A number of traditional camp activities will foster youth development and create teachable moments for campers. Plans are in place to align certain elements of the facility with the latest innovative therapies and technology for those children affected by neurobehavioral disorders. For more information on Camp Southern Ground, go to www.campsouthernground.org.

“To me, there’s nothing more important than helping kids, and it’s great to know that with support from our friends and fans, this camp is going to make a huge difference in the lives of each and every camper,” Zac Brown said.

The Ram Truck brand and Zac Brown Band first worked together in 2010 on “Letters to Lyrics,” a national appreciation letter-writing campaign aimed at U.S. soldiers deployed around the world.

“Ram is excited to continue partnering with Zac Brown Band,” said Fred Diaz, President and CEO – Ram Truck Brand and Chrysler de Mexico. “The Ram Truck brand and Zac Brown Band both have a unifying can-do attitude and a character filled with authenticity, care, passion and pride. It is very fitting for the band to donate their Ram 1500 Laramie auction proceeds to Camp Southern Ground, as it will be a wonderful place for children.”

Contest RulesThe Road to the Ram Jam sweepstakes is open to legal residents of the 48 contiguous United States and the District of Columbia, 18 years or older at the time of entry. Residents of Alaska, Hawaii and Puerto Rico are ineligible. No purchase or payment of money is necessary to win. The sweepstakes started Feb. 1, and ends Sept. 30. Official rules and complete details are found at www.RamTrucks.com/RoadtoRamJam.