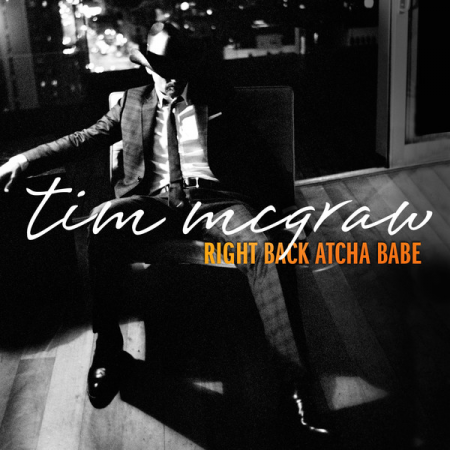 Tim McGraw’s strong career history of connectivity with country radio continues on an amazing course of record breaking stats with the announcement today from Curb Records that his debut single “Better Than I Used To Be” from McGraw’s latest studio album Emotional Traffic has just been certified gold by RIAA.

Gold certification of the latest single follows McGraw’s most recent previous gold tracking earlier this year with “Felt Good On My Lips”, which topped Billboard’s Hot Country Songs charts for three weeks and set a new industry record. With a cumulative of 69 weeks at #1 over the course of 32 chart topping single releases, “Felt Good On My Lips” found McGraw garnering the record as the artist with the most weeks at #1 on the Hot Country Songs chart since the chart was established on the Nielsen BDS system in January of 1990.

The January 2012 release of Emotional Traffic served as a fresh reminder of the undiminished strength of McGraw’s brand with an ever increasing fan base—a fact reflected from tracking on his 1994 breakout with initial #1 single Don’t Take The Girl—to Nielsen Broadcast Data Systems 2010 proclamation of  Tim McGraw as “Artist of the Decade” (2000-2010).

On the heels of RIAA certification of the latest McGraw single, Curb is releasing a follow-up single offering from Emotional Traffic.  The new release, Right Back Atcha Babe will be the focus of a major promotional campaign by the label targeted to keep McGraw’s radio presence red hot on summertime programming lists.

With a remarkable career dynasty approaching three dozen #1 singles and 45 million units of music sold, 2012 is proving to be a blockbuster year for McGraw. Emotional Traffic became McGraw’s 13th consecutive album package to be elevated to the top of the charts in its first week of release. Better Than I Used To Be continues the now three decade long history of #1 singles on Billboard charts—34 and counting.