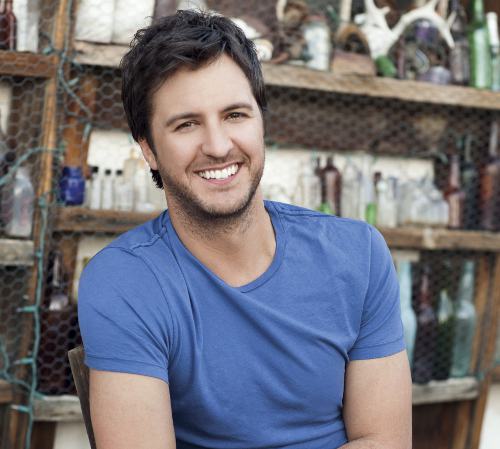 Country superstar Luke Bryan is adding some extra heat to the hot summer months and doesn’t show signs of cooling down anytime soon.  The singer has been tapped to perform during Good Morning America’s “Summer Concert Series” on Friday, July 13th.  Now in its fourth year, the series features music’s biggest names, with performances held in New York City’s Central Park.  Fans can catch Luke’s performance between 7:00-9:00am on ABC.

“I have a big smile on my face every time I talk about being on Good Morning America’s Summer Concert Series,” says Bryan. “Life’s good. To be a kid from Leesburg, Georgia, and to now be at the point in my career where I’m performing on Good Morning America in the heart of New York City at one of the most recognizable places in the world makes me super excited. It’s gonna be fun.”

Luke says he loves bringing country music to the Big Apple. “City folks, and certainly every time we’ve played this city, they’re like, ‘We love coming to see a country act, because we don’t get to see it as much as all of the other music.’ So, I love bringing that to New York City, and obviously, I love having it on TV.”

The concert is FREE and open to the public. Viewers interested in joining “GMA” in Central Park are encouraged to arrive at Rumsey Playfield via the 72nd street entrance on Fifth Avenue at 6:00am when the park opens. For more information on how to attend, click on the “GMA” web site at gmaconcerts.com.

Bryan is also celebrating his fifth #1 single this week, as “Drunk On You” tops the country radio chart.  The single follows his two-week #1 Platinum smash “I Don’t Want This Night To End,” and Platinum hit “Country Girl (Shake It For Me),” both from his Platinum-certified tailgates & tanlines album.  “Drunk On You” has also been the #1 most downloaded country single for five consecutive weeks.

For more information, be sure to visit www.lukebryan.com.