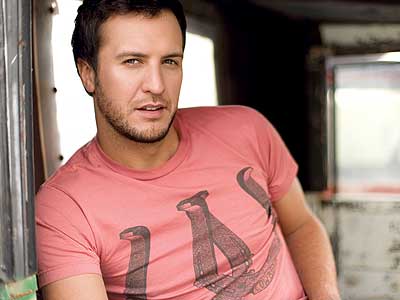 Country superstar Luke Bryan has scored his third consecutive Platinum single with his current Top 5 smash, “Drunk On You,” which has been certified by the RIAA.  The single joins previous Platinum tracks “Country Girl (Shake It For Me)” and the two-week #1 hit “I Don’t Want This Night To End,” both from his Platinum-certified album, tailgates & tanlines.  Luke is one of only three country artists, including Jason Aldean and Taylor Swift, to have three consecutive Platinum-selling tracks on their current album.

Of his Platinum hit single Luke says, “’Drunk On You’ was a song that I kind of got it a little bit. The boom boom was throwing me at first, and I feel like that when fans call the radio station they’re gonna go play ‘The Boom Boom Song,’ which is cool, so, I definitely, I think it’s probably the strongest song on the album and probably maybe my biggest song potentially I’ve ever recorded. And it was really in the running, it was really between ‘Drunk On You’ and ‘Country Girl’ for the first single. We’ve just been doing it live every night and it’s fun watching the crowd jump in and sing boom boom with me, and I’m already getting my guitar made up with ‘boom boom’ on the bottom, so that’s gonna be fun.”

Luke will perform “Drunk On You” and also appear as a presenter at the 2012 CMT Music Awards, where he is nominated for “Male Video Of The Year” for “I Don’t Want This Night To End.”  The CMT Music Awards air live tomorrow night at 8:00 p.m., ET/PT on CMT and CMT.com.

Bryan is also nominated for Choice Male Country Artist at the 2012 Teen Choice Awards, which airs Sunday, July 22 (8:00-10:00 PM ET live/PT tape-delayed) on FOX.  Fans ages 13-19 can vote once each day at www.teenchoiceawards.com.

This week, Bryan is co-hosting the ABC Television Special “CMA MUSIC FESTIVAL: COUNTRY’S NIGHT TO ROCK,” with Kimberly Perry of The Band Perry, which is set to air on Monday, September 17th from 8-11p (ET/PT).  Luke will also perform at LP Field on Saturday June 9th, during CMA Music Festival.

For more information, be sure to visit www.lukebryan.com.