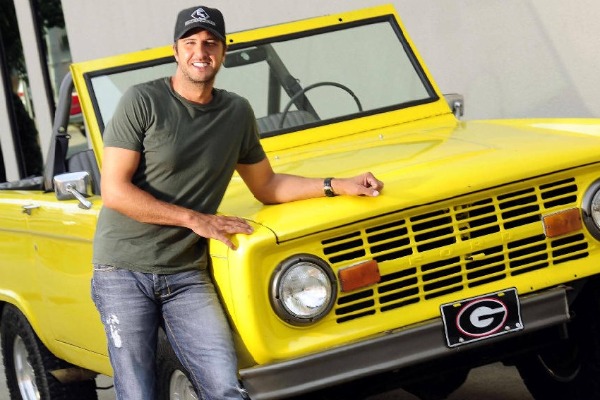 Luke Bryan’s “Drunk on You” has climbed to the top of both the Mediabase/Country Aircheck and Billboard country singles charts. The smash hit, which is his fifth No. 1 chart-topper, is the third single from his album, tailgates & tanlines, AND his third consecutive platinum single!

Of his 5th #1 single Luke says, “‘Drunk on You’ was the song on the album that we really felt like was the cornerstone of the album. We were just making sure that we wanted to pick the right singles to get to the summertime and to get to ‘Drunk on You’…From the time that we released tailgates & tanlines and were doing ‘Drunk on You’ live, we could really see a lot of people participating and doing the ‘boom booms’ and singing along. And so to have it as being a number-one and my fifth number-one and watching it really be a huge song, is so fun gratifying  and fun for me and everybody on stage and everybody on the road and everybody associated with my camp!”  The song has spent four weeks as the No. 1 country digital seller.

Luke has a few days off from the road to spend a little vacation time with his family. He returns to the stage July 6th in St. Leonard, Maryland.  For a complete list of tour dates, visit Luke’s official website www.LukeBryan.com.