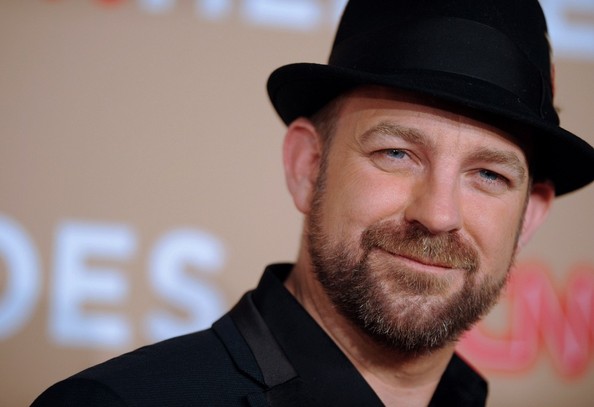 Kristian Bush of country music supergroup Sugarland seems to never stop working. When he’s not touring with bandmate Jennifer Nettles on the band’s popular “In Your Hands” tour or making surprise appearances with fellow label mate Canaan Smith at the Grand Ole Opry, he’s writing songs for rock bands such as legendary power-pop quartet the dB’s, whose early ‘80s output inspired a new generation of rock bands, including R.E.M.

About writing the song with Bush, Holsapple exclaims, “I was fortunate enough to get to hang out a little with Kristian Bush of Sugarland. I had a song idea that I wanted to run by him, so we sat together one afternoon on his tour bus and tossed ideas around. Kristian was able to channel his muse and encourage me to finish the song that became ‘She Won’t Drive in the Rain Anymore.’ It’s probably the most different composition on the entire Falling Off The Sky album, in terms of what people have come to expect from The dB’s songwriting over the past 35-odd years. I’m incredibly grateful to call Kristian a friend, and I’m glad we got the chance to pull this song out of the hat.”

Bush replies, “Peter is by far one of America’s most natural and unique songwriters. I studied his albums over and over. In a lot of ways, those songs taught me how to write a pop song that never gave up and never gave in.

“I remember writing it and trying not to freak out, because the voice singing on the sofa across from me as we were tossing melodies and lyrics back and forth was a voice I had known since I was 14,” Bush continues. “I am convinced that the 14-year-old me locked away some dB’s melody and served it back to the man who gave it to me in the first place. I am grateful and humbled. And I am totally freaking out that there is a new dB’s album and this time, my name is in the liner notes. Dreams do come true!”

Kristian is in good company with the North Carolina-via-New York foursome’s Falling Off the Sky. The album embodies the same combination of infectious melodic craft, playful sonic experimentalism and barbed lyrical insight that originally established the dB’s as key progenitors of the ’80s Southern indie-rock explosion, while incorporating the wealth of musical and personal experience that the four bandmates have accumulated individually in the years since.

The album is already being praised by Rolling Stone, NPR and the Chicago Tribune to name a few. “It is a thrill to say the least to be in the liner notes and a part of this great band and their return. There is an entire generation that needs to hear this new album, and who knows, they may even start a band…like I did,” says Bush.

Along with his Sugarland tour dates this summer, Bush will also join the CMA Songwriters Series, bringing some of Nashville’s best tunesmiths to Los Angeles’ House of Blues on Tuesday, June 26, and Phoenix’s Musical Instrument Museum on Wednesday, June 27, where he will join Bill Anderson, Bobby Pinson and host Bob DiPiero for two nights of music and storytelling. Tickets for both shows are on sale now. For details, log on to www.CMAworld.com.

More information on Songs Of The Architect can be found at songsofthearchitect.com, or visit kristianbush.com.