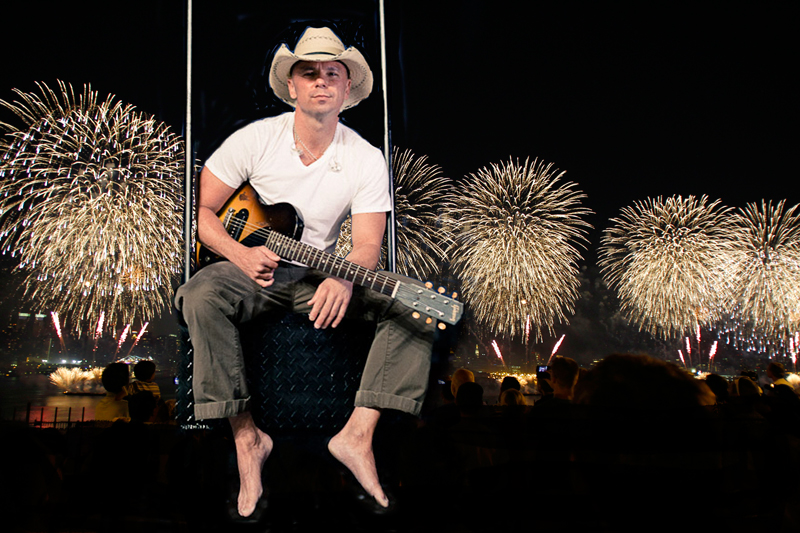 Kenny Chesney will release his 13th studio album, “Welcome to the Fishbowl” on June 19. With more than 30 million album sold and 23 number one singles, Chesney has been honored with numerous awards from the Academy of Country Music, Country Music Association, American Music Awards, Country Music Television, Billboard Music Awards, and People’s Choice Awards. The 20-plus all stadium “Brothers of the Sun” Tour with Tim McGraw is the summer’s biggest party and will run through August.

“As the nation’s premiere Independence Day pyrotechnic display, Macy’s Fireworks ignite the sky with a jaw-dropping celebration each year,” said Amy Kule, executive producer of Macy’s 4th of July Fireworks. “With America’s help we have put together a show like no other, filled with incredible high-flying effects, choreographed to a soaring, patriotic and exuberant score that will cap off a magnificent day of celebration for millions.”

The Macy’s 4th of July Fireworks, the nation’s largest Fourth of July fireworks display, returns to the Hudson River to illuminate the sky over New York City with a glorious spectrum of colors, shapes and sparkling dazzlers. More than 40,000 firework shells will ignite the sky for the nation’s 236th birthday party. “Ignite the Night,” the theme of the 36th annual Macy’s 4th of July Fireworks display, will fire more than 40,000 pyrotechnic shells during a 25-minute synchronized display.