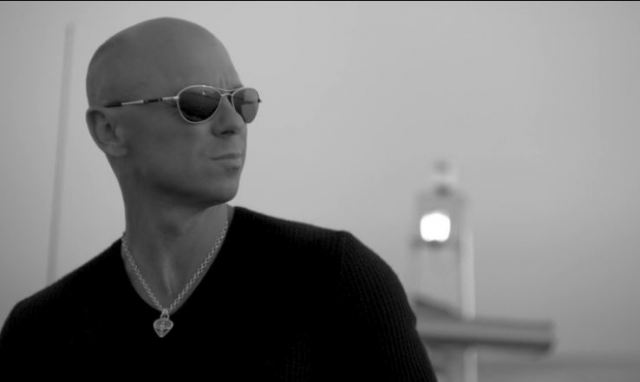 Singer/songwriter Kenny Chesney sets the theme for the June 19th release of his 13th studio album with the title track, “Welcome to the Fishbowl.” Co-written by Chesney and Skip Ewing, “Fishbowl” offers a look at our non-stop social media-driven world, and anyone with a Facebook or Twitter account will immediately identify with the lyrics. “You don’t have to be in the public eye to feel like you lost your privacy these days,” says Chesney. “With a camera on every cell phone, the Internet and ever-evolving technology, we’re all living in the Fishbowl and trying to navigate the waters together,” he continued.

“Come Over,” Chesney’s current single from the forthcoming album is nearing the top 10 on the country singles chart. ‘“Come Over” is about two people who are as broken as their relationship is, when they realize deep down that their time together has probably ran its course, but they aren’t really ready to emotionally or physically move on to something else,” said Chesney. “They keep going back to each other because it’s familiar. It’s about emotionally feeling wanted in a moment, but it feels impossible to let anybody else fill that void. It’s a really sexy song with lyrics that are incredibly universal.”

Fishbowl has also produced the Top 10 song “Feel Like A Rock Star” with friend and tour mate Tim McGraw. The ‘Brothers of the Sun’ Tour staring Chesney and McGraw kicked off last Saturday with a near capacity crowd of 50,000. “I have to tell you what a fitting place Tampa is for us to start the Brothers of the Sun Tour!” he announced. “When there’s a pirate ship in the stadium, I love it, and here, it’s always summertime.”

On Sunday, the tour moved to Atlanta where the crowd of more than 45,000 blew the roof off the Georgia Dome. “We’ve played Atlanta several times,” said Chesney. “This was our first time ever in the Georgia Dome. I didn’t know what to expect, but I can tell you I didn’t expect this. Thank you so much!” Chesney welcomed surprise guest Zac Brown to the stage saying, “The thing I love most about live music is that it’s a shared moment and you never know who’s gonna show up.” The two played an acoustic “”Knee Deep,” then brought the band out to cover Alabama’s “Dixieland Delight.”

The ‘Brothers of the Sun’ Tour heads to Dallas and Cowboys Stadium this coming Saturday and onto Arrowhead Stadium in Kansas City on Sunday.

To see if Chesney is coming to an area near you, click HERE.  Keep up with Kenny by visiting his official website, www.KennyChesney.com.