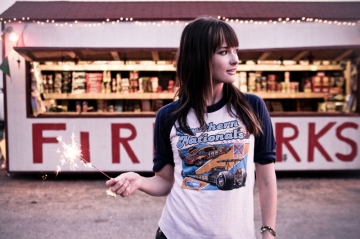 Universal Music Group Nashville recording artist Kacey Musgraves will open for Lady Antebellum in select cities on their record-breaking Own The Night 2012 World Tour in Europe this summer.

“I feel so lucky and excited to be going out on the road – and halfway around the world – with Lady Antebellum,” exclaimed Musgraves. “I’m gonna bring my Lady-A game!”

“Kacey is a really talented singer/songwriter, and we’re just big fans of her music,” said Lady A’s Charles Kelley.  “Keith Urban was gracious enough to invite us to Australia with him a few years ago, so we know what a big opportunity it is for a new artist to be able to go tour overseas.   We’re excited to take Kacey with us!”

Musgraves is currently in the studio putting the finishing touches on her debut album, which she is co-producing with Shane McAnally and Luke Laird.  Her debut single will be released later this year.