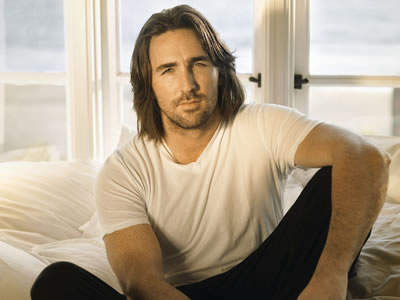 This Saturday marks the kick-off for Kenny Chesney and Tim McGraw‘s much-anticipated ‘Brothers of the Sun’ Tour — and along with all the excited fans awaiting the tour, one of the people who’s been feeling the anticipation in a big way is Jake Owen, who’ll be playing the tour as a special guest along with Grace Potter & The Nocturnals. The tour’s set to play stadiums from coast-to-coast, and Jake says he loves the idea of being able to get out and play for so many fans this summer.

Of hitting the road on the ‘Brothers of the Sun’ tour, Jake says, “I’m pretty excited. I’ve waited on this moment for quite some time, not only to go out with Kenny Chesney and Tim McGraw — and Grace Potter, who’s amazing — but just to be playing stadiums full of people is something that…you know, after a…what’s after a stadium? Really! I don’t know how much bigger you can actually get than that, so it’s a pretty awesome opportunity for me to get out there and do my thing in front of a bunch of people and gain a few more fans and just keep at it.”

Jake is new on the airwaves with his song, “The One That Got Away,” the follow-up to two number-one hits in a row, all from his Barefoot Blue Jean Night album. Jake’s among the countless artists who’ll be in Nashville for the fans next week amid the excitement of the CMA Music Festival. Among Jake’s appearances, he’ll be taking the stage with his band on Friday evening as part of the Nighly Concerts at LP Field. If you don’t have tickets, check out the official CMA Music Festival website here for everything you need to know!