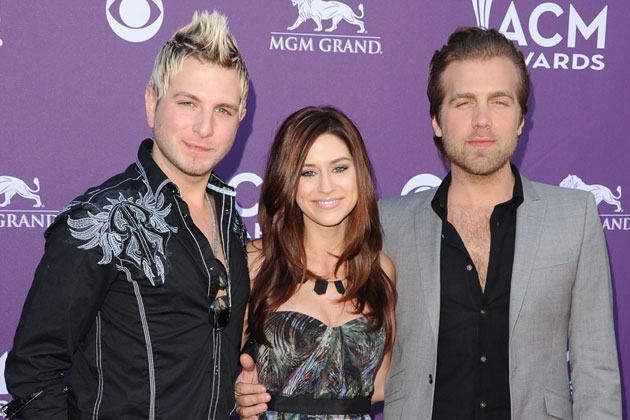 Country music trio Gloriana celebrates another career milestone as their latest single “(Kissed You) Good Night” grabs the #9 spot on the Billboard Country Singles Chart, making it their first single to land in the Top 10 and the fastest rising single of their career. “(Kissed You) Good Night” is from the band’s much-anticipated second studio album A Thousand Miles Left Behind on Emblem Music Group/Warner Bros. Records, which is set for release July 31st. Gloriana is currently out on the road performing headlining dates across the country as well as a few select dates opening for Alan Jackson.

“Between finishing up the new album, performing across the country, and now seeing how much this single has really connected with country music fans, we have really had an amazing year so far,” said Tom. “We are extremely grateful for all of the support and can’t wait for our album release.”

Gloriana, who recently performed “(Kissed You) Good Night” on the hit ABC reality series The Bachelorette, is set to bring their critically acclaimed live show to major cities across the country including Denver, CO, Los Angeles, CA, Chicago, IL, Milwaukee, WI, San Jose, CA, Las Vegas, NV, and Salt Lake City, UT through September. Fans can get up to date information on the tour, with shows being added, by going to www.Gloriana.com. Fans can also check out the “(Kissed You) Good Night” video, featuring actors Tyler Hilton (One Tree Hill) and Megan Park (The Secret Life of the American Teenager), in heavy rotation at CMT, GAC, and the Country Network.