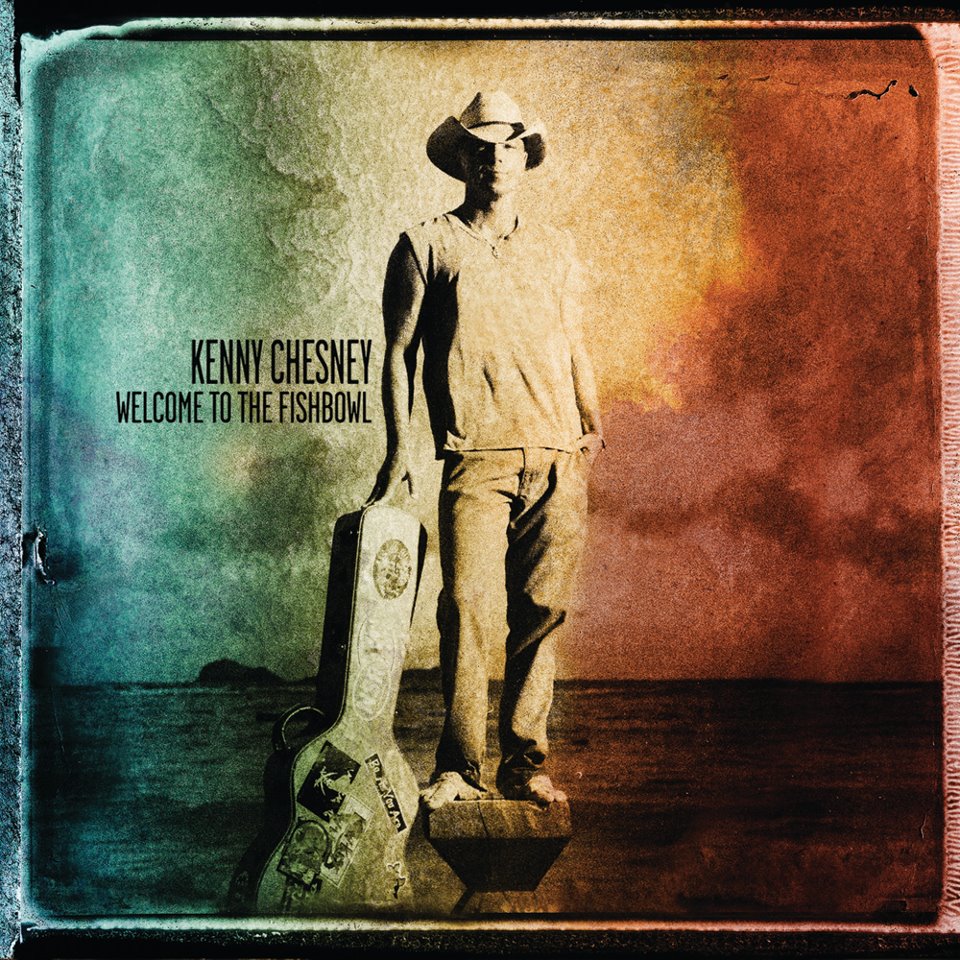 Kenny Chesney released his thirteenth highly anticipated studio album, WELCOME TO THE FISHBOWL, today June 19.  Chesney serves as co-producer alongside long-time friend and producer Buddy Cannon, as well as songwriter to three of the twelve tracks housed on the album.  Welcome To The Fishbowl is the first release on Chesney’s Blue Chair Records which is affiliated with Columbia Nashville on the Sony Music Nashville record label.

Chesney opens himself up as an artist, songwriter and musician on Welcome To The Fishbowl, giving listeners songs that will touch their souls and resonate.  You can hear the connection Kenny has with each song as he delivers track after track.  His music has always been of value, and listeners consistently gravitate to his songs.  Welcome To The Fishbowl contains several elements & emotions, with more than half the tracks on the album serving as ballads.  Each song is unique as well as solid, and leaves a dramatic impression on the album.

“Come Over” immediately captures listeners right from the start with the sexy ballad that exudes want and need, no matter how wrong it may be.  Kenny touches on the fragility of life with both  “Sing ‘Em Good My Friend” and “While He Still Knows Who I Am”.  Both soft, touching songs that are full of emotion and hold powerful meaning.  Album titled track “Welcome To The Fishbowl” is a relatable song of the society we live in today, where “Time Flies” is marked with Kenny’s tropical feel about how time flies when your having rum – I mean fun. “El Cerito Place” features Grace Potter.  The two talented artists team up and once again confirm that their vocals are a fantastic fit together with another solid duet.

As always, Chesney returns to his roots in his music and “Small Town” serves as a great representation of that. “Feel Like A Rock Star”, featuring Tim McGraw, was the debut single from the album, and is a fun upbeat anthem about escaping reality and truly feeling like a rock star.  The song is making a nice addition to the Brothers of the Sun Tour with Kenny & Tim performing the song live.

CMR’s favorite tracks on the album – all 12! But… if we had to narrow it down our favorite choices would be “Come Over”, “Sing ‘Em Good My Friend”, “Welcome To The Fishbowl” and “Time Flies”.

Pick up your copy Welcome To The Fishbowl available now in retail stores as well as digital music outlets such as iTunes by clicking HERE.