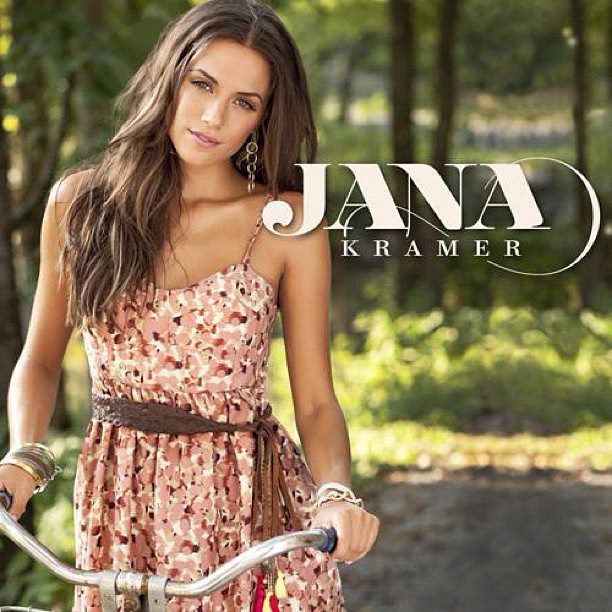 Jana Kramer is set to release her debut self-titled album on June 5.  The album houses eleven solid tracks, including her hit debut country radio single “Why Ya Wanna”.  Kramer has made a significant impact in country music since the release of her single, including being the most added debut artist in Country Aircheck history.

Jana’s debut album showcases her beautiful vocals in addition to her fun personality.  Her voice defines the passion & emotion that each song requires, giving listeners a strong connection to each track.  “Good Time Coming On” provides a great introduction to the album immediately representing Kramer’s energy, and sets the tone that a good time is in fact coming on with each song.  Jana’s vocals are fun & flirty on “I Hope It Rains”, “Goodbye California” & “One Of The Boys”, while strong and compelling on songs such as “When You’re Lonely”, “Good As You Were Bad” & “I Won’t Give Up” which is included as a bonus track on the digital download of the album.  “King Of Apology” is a fun, upbeat tune that showcases her sassy side and “What I Love About Your Love” has fun groove to it that is infectious.  “Over You By Now” is a standout track that includes a beautiful music arrangement coupled with Kramer’s vocals that are full of emotion and tenderness.   “Whiskey” is another strong track on the album once again showcasing Jana’s strong, crisp vocals where hurt and heartache is described as whiskey.  Jana has established herself as a standout artist on this debut album, and is going to have a bright future in country music.  The album is fun & charismatic and includes several singles ready for country radio.

You can also catch Jana out on Brad Paisley’s Virtual Reality Tour this summer.  Kramer will be performing songs from her debut album on the Virtual Opry Stage.  To see if she is coming to an area near you please click HERE.