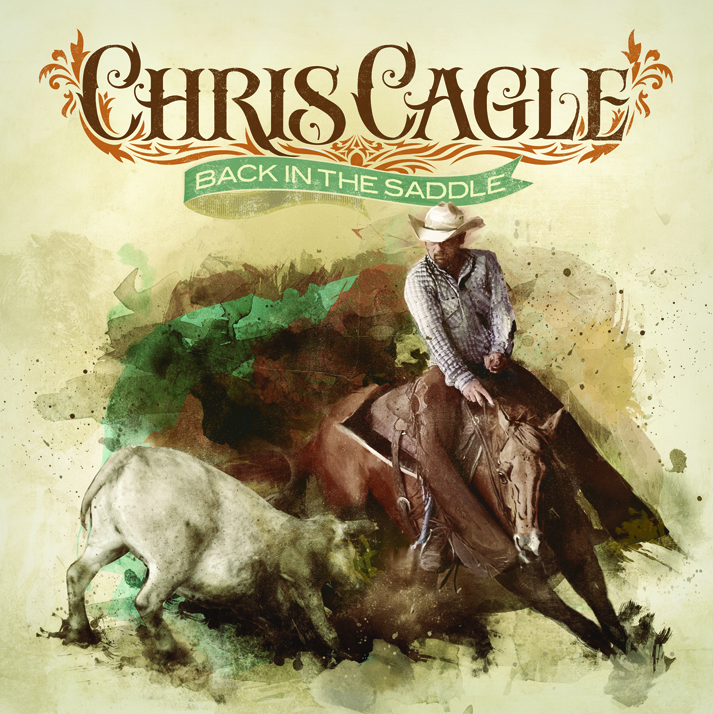 Chris Cagle is back with brand new country music as he released his fifth studio album, Back In The Saddle, on June 26.  The new album houses 11 tracks, including hit single “Got My Country On”.  Cagle co-wrote five of the songs on this new album including “Let There Be Cowgirls”, which will be released to country radio on July 2.  Chris Cagle made an impression on country music with previous hits such as “Chicks Dig It”, “What Kind Of Gone”, “Laredo” and many more.  His momentum continues with Back In The Saddle, as he once again leaves a lasting impression with each song.

Cagle’s passion for his music rings loud and clear from start to finish on Back In The Saddle. “Got My Country On” served as the debut single from the album, and fans quickly embraced the song as soon as it hit country radio.  The single  kicks off the album ands serve as a great re-introduction to Cagle and his music.  Keeping the momentum going, “I’ll Grow My Own” is a strong track that includes just the right amount of attitude.  Cagle showcases his softer side on touching father-daughter song “Dance Baby Dance”.  “Let There Be Cowgirls” is another rockin’ tune on the album that is going to make great addition to Country Radio. “Something That Wild”, “Southern Girl” and “Thank God She Left Whiskey” all radiate Cagle’s signature sound with his strong, smooth vocals.

It is hard to narrow it down to a few favorite tracks on the album because they are all really good.  But…. CountryMusicRocks favorite tracks are, “Got My Country On”, “Something That Wild”, “Let There Be Cowgirls”, “Dance Baby Dance” and “Thank God She Left The Whiskey”.

Be sure to pick up your copy of Back In The Saddle, available in stores now as well as digital music outlets such as iTunes by clicking HERE.

Keep up with Chris and see if he is coming to an area near you by visiting his official website, www.ChrisCagle.com.