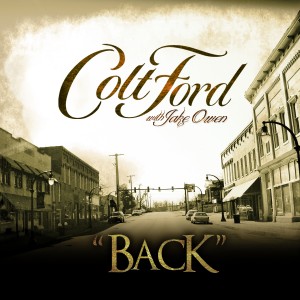 Colt Ford fans have been buzzing about his latest single, “Back” with Jake Owen, so much so that Colt decided to move up the release day and make it available on iTunes now! “Back” is the first single off Colt’s new album, Declaration of Independence, set to hit stores August 7th.

The song was written by Colt, Shannon Houchins, Noah Gordon, and Mike Hartnett and finds Colt reminiscing about some of his favorite childhood memories.

“This is such a personal song for me.  It’s my life.  It’s about my past and my future.  I talk about friends that are no longer here and I talk about the way I grew up,” explains Ford.  “To have one of my best friends in the music business, Jake Owen, be a part of this song with me is a big deal.  It’s a song that I wanted a friend of mine to be a part of and Jake is just on fire and one of my favorite singers. He captured the emotion that I had in this song.  I think everyone, when they hear this song, will want to call home.”

Pick up your copy of “Back” with Jake Owen on iTunes today by clicking HERE.