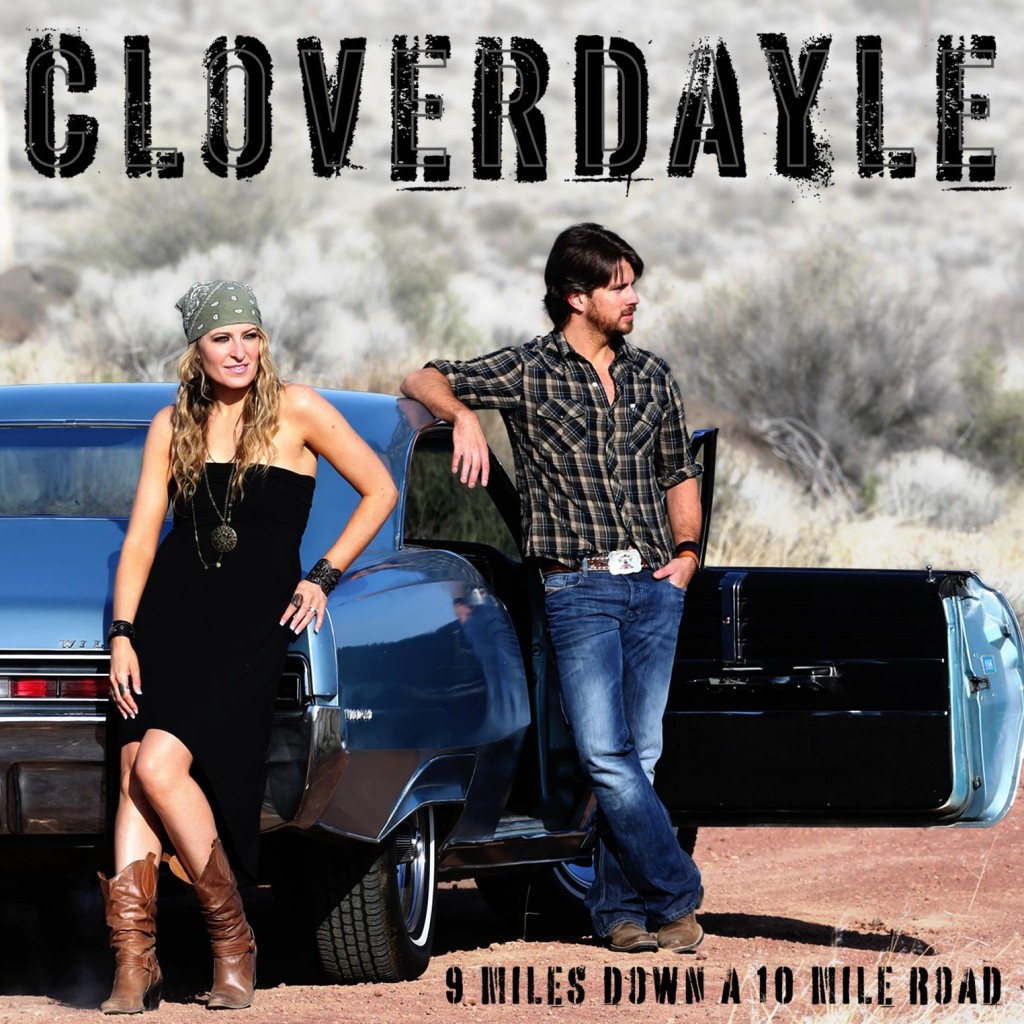 Country Duo Cloverdayle released their debut full length album, 9 Miles Down A 10 Mile Road, today June 26.  The new album features hit single “Like We Were Kids Again” which has been sent to hundreds of country radio stations for adds across the nation.

The country duo, comprised of husband & wife Chad and Rachel Hamar, had the exciting opportunity to work with New Voice Entertainment (Jason Aldean’s band and production team for Thompson Square) who produced and played on the debut single titled “Like We Were Kids Again”, which is a nostalgic reminder about the carefree days of youth, as well as the attitude- driven rocker “Ricochet”. In addition to the two tracks produced by New Voice, Chad & Rachel tackled the production along with producer/engineer Steve Sundholm (Hall & Oates, Carrie Underwood, Joe Perry), on 11 very diverse songs in an effort to capture the Cloverdayle brand of country.

Since the birth of Cloverdayle in 2008, the country duo has had the privilege of sharing the stage with some phenomenal country artists like Kenny Chesney, Lady Antebellum, Jason Aldean, Tim McGraw, Wynonna Judd, Josh Turner, Eric Church, Jake Owen & Lee Brice to name a few. In 2010, they teamed up with songwriter/producer Terry McBride, (“Play Something Country”, “If You See Him, If You See Her”), and Dwain Rowe, (long-time band leader for Brooks & Dunn), to record a 4 song EP titled Young and Reckless. That project opened up numerous doors locally and nationally, and has allowed them to embark upon this latest adventure.

Of their debut album release, Cloverdayle says “A lot of blood, sweat and tears went into the writing and recording of this new record and we hope that when you hear it, you can experience the journey with us. Thank you in advance for checking out what we do…”

9 Miles Down A 10 Mile Road is available NOW. Head over to iTunes and download your copy today by clicking HERE.

Keep up with Chad and Rachel by visiting their official website, www.Cloverdayle.com.