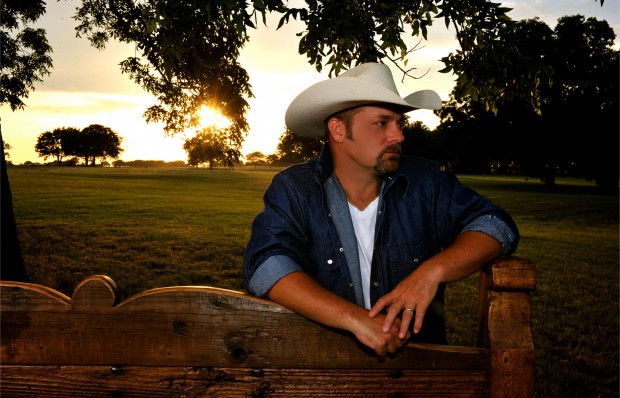 Officially celebrating his radio re-entry with “I Got My Country On,” Chris Cagle (Bigger Picture Group) demonstrated he is not only still in the game, it’s “game on!” Right out of the gate, the debut single (from Cagle’s fifth studio album–BACK IN THE SADDLE–set for release next week) landed comfortably in the top 15 on the Billboard Country Music charts broaching nearly 500 Million impressions, and his sophomore single, entitled “Let There Be Cowgirls,” is predicted to be a “monster” follow-up single.

Anticipated to be a trademark track on the air, at the rodeo, in the arena, and with the Dallas Cowboy Cheerleaders, “Let There Be Cowgirls” (at radio July 2, 2012) is the “Amazing Grace” of rockin’ country with guitar riffs and lyrics as luminous as the scenery in a Hollywood western movie. The alternative and rebuttal to hit country songs “Mama, Don’t Let Your Babies Grow Up To Be Cowboys,” and “The Cowboy Rides Away,” Cagle’s citing is unmistakable–glorifying and celebrating God’s finest creation in adoration–the cowgirl.

Co-written with Kim Tribble (Journey/Shania Twain/Martina McBride), Cagle notes the song is the result of feelings that are as natural and instinctive as they are simplistic. “This is a ‘Tah-Dah!’ song; we got lucky, it wrote itself,” Cagle said. “I’m surrounded by beauty at the ranch and ‘my cowgirls’ are part of the art; I have a genuine appreciation. ‘Cowgirls’ is already a fan favorite at our shows.”

The cut is one of five Cagle co-writes appearing on the 11-song CD BACK IN THE SADDLE (due June 26, 2012); the album is produced by Keith Stegall (Alan Jackson/Zac Brown Band) and will be available via all retail and Internet outlets.

In the midst of his rigorous summer tour schedule, Chris has visited Music City several times over the past few weeks to participate in media and radio junkets in support of his upcoming album. He made a special appearance at CMA Fest-2012 in Nashville, TN to host his 2nd Annual “Unbridled 2“ Concert. The standing-room-only event was held Friday evening, June 8, 2012 at the Wildhorse Saloon for the benefit of Saddle-Up!; he and his friends in music raised $30,000 for the organization. A charity close to Chris’ heart, Saddle-Up! is a renowned therapeutic horseback-riding program that allows physically and mentally challenged children the opportunity to experience the joy of riding. “Unbridled 3” is already in the works for June 2013 in Nashville.

Chris will personally introduce the CD project on Great American Country’s “On The Streets” with Suzanne Alexander; the show is scheduled to air Tuesday, June 26, 2012. (Check local listings for air times.)

To learn more about Chris Cagle and his new music, visit www.chriscagle.com.