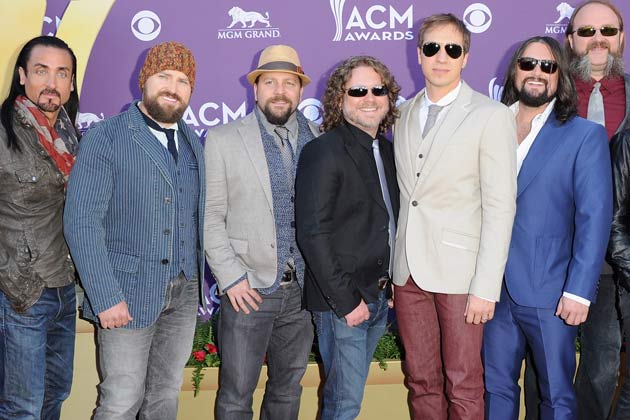 Zac Brown Band’s Uncaged, out on July 10, is the culmination of the “powerful chemistry that’s developed by living, traveling and working as a band,” says Zac Brown. “We’re always trying to push the barrier of our musicianship and I’m proud to say that there is a little bit of something for everyone.”

From the tight, rocking title track to the slow-burning “Goodbye in Her Eyes” that guitarist Coy Bowles calls “the biggest sounding song we’ve ever recorded,” the eleven-song Uncaged is driven by characteristic ZBB harmonies, including guest vocals by Amos Lee on the poignant “Day That I Die.” New Orleans’ Trombone Shorty contributes trumpet and trombone on “Overnight” and, true to the tightness of the Southern Ground family, a host of co-writers share the penning duties, from Jason Mraz and longtime collaborator Wyatt Durrette to Southern Ground Artists Sonia Leigh, Nic Cowan, and Levi Lowrey. Said violinist Jimmy De Martini of the diverse mix of songs, “it remains true to the Zac Brown Band sound, which has become a style in itself.”

Watch “Uncaged” from ZBB’s “rocked out” performance at JazzFest!

The album was recorded at various studios across the South including Atlanta, Asheville, Nashville and Key West and follows 2008’s The Foundation and 2010’s You Get What You Give. Both albums have gone platinum and remain on the Billboard 200, in addition to producing an unprecedented nine consecutive #1 radio singles.

“This is first record that we’ve made from start to finish in one thought,” said multi-instrumentalist Clay Cook. “The previous albums have been a collection of songs… this is an album.”

Keep up with the Zac Brown Band by visiting their official website, www.ZacBrownBand.com.