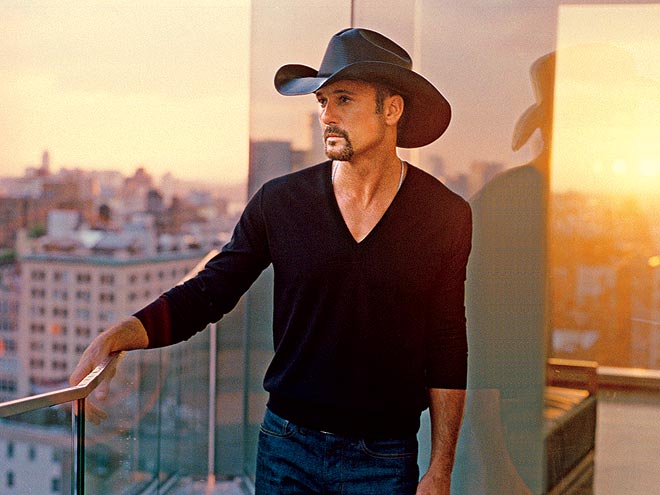 Country music superstar Tim McGraw is launching a nationwide program called HomeFront in partnership with Chase and Operation Homefront to award mortgage-free homes to wounded warriors and servicemembers in need at each concert of his summer tour.

Additionally, both ACM Lifting Lives, the charitable arm of the Academy of Country Music, and The Premier Group on behalf of the North Carolina Furniture Manufacturers, have made substantial contributions to support the program throughout the summer.

McGraw has a long history and deep interest in supporting veterans and military families and wanted to find another way to honor our vets and give back to them for their commitment and service to our country.  To kick-start the HomeFront program, McGraw will perform a special Memorial Day concert of remembrance and gratitude for servicemembers at New York City’s Beacon Theatre during Fleet Week in partnership with Chase and the United Service Organizations (USO).  The show will be streamed live via YouTube and to Military Bases around the world on The Pentagon Channel.

“My sister’s a veteran of the first Gulf War. My uncle was a Vietnam veteran and my grandfather was a World War II veteran. I’ve always felt a deep sense of respect and obligation to our troops,” says McGraw.  “Being able to reward them for their dedicated work with a new home will be even more rewarding for us.  It feels so good to give back to them, and to have the opportunity to entertain them on Memorial Day is something I’m honored to do.”

“We are grateful to our servicemembers, veterans and their families for their service and sacrifices,” said Frank Bisignano, Chief Administrative Officer and Chief Executive Officer of Mortgage Banking at JPMorgan Chase & Co.  “We are honored to partner with Tim McGraw and Operation Homefront to award mortgage-free homes. It’s a small way to say thank you to people who have done so much to protect our nation and our freedom.”

On June 2 in Tampa, McGraw will begin what is anticipated to be the biggest stadium tour in country music history. The Brothers of the Sun Tour with Kenny Chesney and Tim McGraw will hit the nation’s biggest stadiums through August.