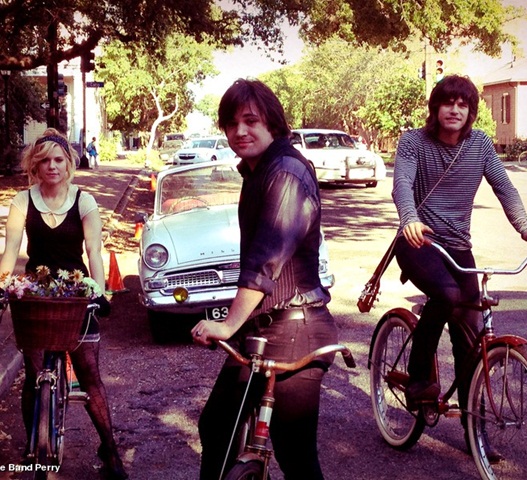 Republic Nashville’s The Band Perry will perform on the TODAY Toyota Concert Series tomorrow, June 1. The show airs on NBC in all time zones at 7:00a.m. TBP will take the stage in the 8a.m. hour to entertain the plaza crowd with their Quadruple-Platinum, #1 smash, “If I Die Young;” the Gold-certified, 2-week #1 hit “All Your Life” and their current Top 15 single, “Postcard From Paris.”

“Postcard from Paris,” the new video from the award-winning sibling trio, will also make its exclusive world premiere tomorrow, June 1 at 7:00 a.m., ET/PT, on CMT (repeats at 9:00 a.m. ET/PT).  A 15-minute special, CMT PREMIERES: THE BAND PERRY – POSTCARD FROM PARIS, will give fans a taste of the video shoot with behind-the-scenes footage and interviews.

The Band Perry is currently nominated for Group of the Year at the upcoming CMT Music Awards for their music video “All Your Life.”  Fans can vote by logging on to www.cmt.com  until June 4. They are also vying for Choice Country Group at this year’s TEEN CHOICE Awards and will spend the summer touring with Brad Paisley.