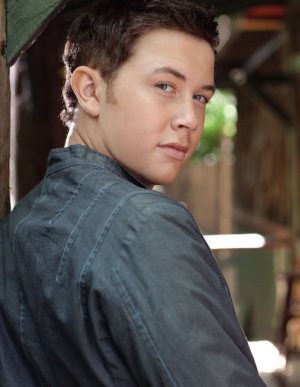 Scotty McCreery will return to the stage of American Idol on Tuesday and Wednesday during the much-anticipated Season 11 finale of the popular FOX show.

On Tuesday, he will sing “Please Remember Me,” the song he recorded as this season’s “goodbye song” that was played after a contestant was eliminated and video highlights of the contestant’s experiences on Idol were shown. On Wednesday, he will help celebrate the winner of Season 11.

“I am so excited about going back to American Idol and seeing everyone again,” he says. “I hope to spend some time with the finalists, Phillip Phillips and Jessica Sanchez, and share some of my experiences with them. I can’t believe that it’s been a year since I was in their shoes.”

And what a year it has been. So far, he has earned a platinum debut album, two gold singles and two new artist awards. And now he has been nominated for two awards at the Teen Choice Awards, which will be held July 22 at the Gibson Ampitheater at Universal Studios in Los Angeles.

His nominations are in the categories of Choice Male Country Artist and Choice TV: Male Reality Star (American Idol). The awards show, which airs live on FOX, honors the year’s biggest achievements in music, movies, sports, television, fashion and other aspects of popular culture.

“I am so grateful for all of my teen fans. Since I’m still a teenager myself, their support has meant everything to me over the last year,” he says.

This weekend will be a big one for Scotty, who returns tonight to Brad Paisley’s “Virtual Reality Tour 2012” presented by Chevrolet . On Sunday, he will be up for two awards—the all-genre Top New Artist and Top  Country Album for Clear As Day—at the 2012 Billboard Music Awards in Las Vegas.