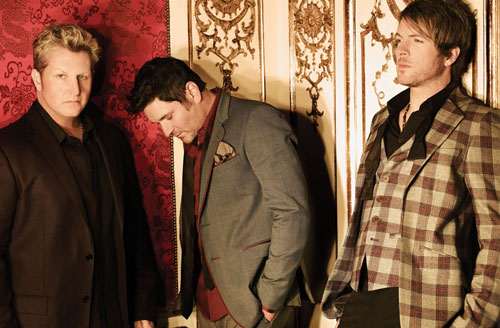 Rascal Flatts is having a very good year. In early April, the Big Machine Records vocal supergroup debuted their eighth studio album, CHANGED, at #1 on the Billboard Country Albums Chart. Today, Flatts have officially earned their 14th #1 single at Country radio with “Banjo,” the lead single off CHANGED.

After only being on the charts for 16 weeks, “Banjo” mightily ascended to the top of the Billboard, Mediabase/Country Aircheck and MusicRow charts for the week ending April 28.

“Thanks to Country radio and our fans for loving this song,” said Rascal Flatts lead vocalist Gary LeVox. “You guys never cease to amaze us!”

“Banjo”— along with the entire CHANGED album— has received rave reviews from some of the most revered music critics at the Associated Press, New York Times, NPR and USA Today.

The accompanying music video for “Banjo” garnered Rascal Flatts a 2012 CMT Music Award nomination for Group of the Year. The CMT Music Awards air LIVE on Wednesday, June 6 and fan voting is available now through June 4 at www.cmt.com.