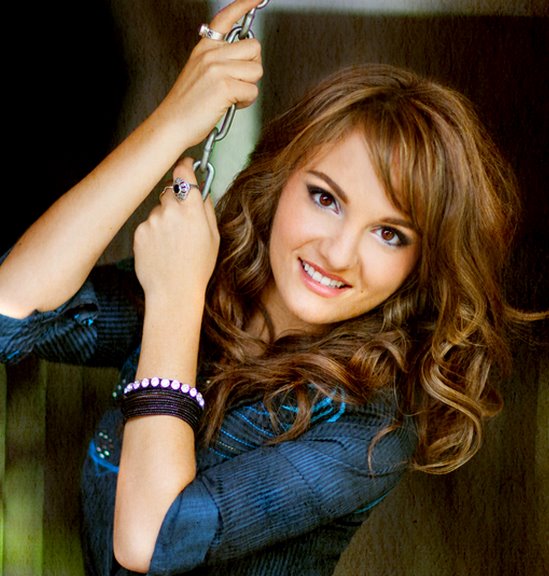 With a voice as bold, expansive and deeply hued as the Alaskan sky that blanketed her childhood, Rachele Lynae is an impressive new artist whose talent, drive and creative range are quickly distinguishing her from other country newcomers.

Possessing a voice and personality that leap through the speakers and command attention, Rachele makes her national debut with “Party ‘Til the Cows Come Home,” a rollicking party anthem that showcases her strong, supple vocals and inimitable style. The burgeoning hit is supported with a video shot by award-winning director Trey Fanjoy that shines a spotlight on Rachele’s self-assured performance skills and natural charisma in front of the camera.

Rachele admits her style is a fusion of her favorite sounds. “Obviously I’m a country rocker,” the 24-year-old says with a broad smile. “And I have a little bit of a bluesy voice so there’s a soulful thing that peeks its head out occasionally. Stylistically a lot of my songs are fun, sassy and empowering.”

Her voice reverberates with an emotional intensity reminiscent of Martina McBride’s best work, yet she’s also drawn comparisons to Jason Aldean because of her gutsy, go-for broke style and high octane live performances. Off stage, she has a sweet girl next door quality that endears her to fans, yet on stage she unleashes her passion for music and gives audiences a performance they can’t forget.

Rachele knew at an early age that she wanted to pursue a career in music and she wasn’t shy about stating her ambitions. “I always wanted to sing country music,” says the petite brunette, whose father is a commercial fisherman. “When I was 10, I remember sitting in my dad’s truck and saying, ‘Dad, we don’t have a lot of time. LeAnn Rimes was 13 when she released “Blue.” We don’t have time! We have to get on this!’”

By the time she was 10-years-old, Rachele had already been singing in church for five years and admits her identity as an artist has been shaped by her Alaskan upbringing. “There are a lot of really creative people in Kodiak because it’s such a different scene,” she says. “Alaska is full of all types of people. There are a lot of artists that paint or draw, and there are a lot of writers because people are inspired by the beauty. There wasn’t much of a professional music scene, but it was a good place to foster creativity. I grew up with that uninhabited space to be creative and grow my artistry.”

She began writing songs when she was 12-years-old, and by the time she was 17, she had hit the road and began gaining a reputation as a riveting live performer. “I was traveling and doing concerts up and down the west coast,” she says. “It was wonderful, a huge experience.”

Rachele moved to Nashville to attend Belmont University, the prestigious school that groomed such country notables as Josh Turner, Trisha Yearwood and Brad Paisley. Like many of the artists currently reigning on the country charts, Rachele honed her skills performing at some of Nashville’s famed honky tonks, including Tootsie’s Orchid Lounge. At the end of her senior year, she recorded a five-song EP that she shared with musician/manager, Jimmy Murphy. He was so impressed with her voice and the caliber of her songwriting that he shared Rachele’s music with his daughter, Jamie O’Neal. Known for such hits as “There Is No Arizona” and “When I Think About Angels,” O’Neal is a gifted singer/songwriter who has added producer to her resume in recent years. Jamie and Rachele immediately connected and began working on the young artist’s new project.

“It’s been awesome,” Rachele says of working with O’Neal. “When I first came to her studio, I was so excited to be working with Jamie. I was a little intimidated at first, but she put me at ease the moment we met. We both like to belt it out, so musically, we connected immediately. She’s been a big influence on me as a vocalist and I couldn’t be more thrilled about the music we’re making together.”

Working with O’Neal, Rachele has crafted an impressive collection that showcases her depth and diversity as an artist. “Party ‘Til the Cows Come Home” is an all out party anthem that makes it impossible to sit still. Rachele penned the energetic romp with O’Neal, Murphy and hit Nashville tunesmith Stephanie Bentley whose credits include the Faith Hill smash “Breathe.”

Rachele, Murphy and O’Neal also teamed up to write the feisty anthem “Scar” with a lyric that is quick to tell an unworthy suitor exactly what he’s become—just a scar. “I don’t want to ever, in my music, make someone feel like they are the victim,” the strong-willed young entertainer explains. “Sometimes we are victimized, but I don’t want to ever put myself in a victim role. I want to put myself in a place of saying, ‘Okay you’ve done me wrong, but I’m fine. I’m going to move on.’ ‘Scar’ is an example of that.”

Whether she’s singing about healing, moving on or just having fun on a Saturday night, Rachele Lynae is an accomplished songwriter who knows how to bring emotional punch to any topic. Though she loves performing up tempo songs, she doesn’t shy away from exploring life’s more difficult moments. “I write what I know,” she says, “so my songs are going to reflect something that I’m going through or I have gone through or that one of my closest friends has gone through. It’s close enough so that I can feel it.”

Rachele also has a gift for taking people on the journey with her during her live performances. “On stage you get to go up there and live the songs,” she says. “It transcends you to a whole other place, and you get to take your audience with you. It’s almost like each song is its own little world, and you are inviting everyone to the party. It’s so cool to be able to go completely into that moment in a song. I love it!”

Catch Rachele Lynae dancing & talking about her new single “Party ‘Til The Cows Come Home” by clicking HERE.  Get to know more about Rachele by visiting her official website, www.RacheleLynae.com.