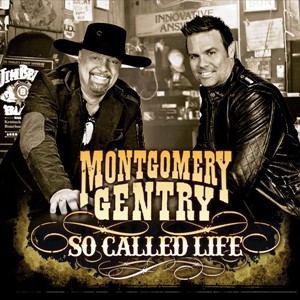 Average Joes Entertainment’s high-powered country duo, Montgomery Gentry, will kick-off FOX & Friends “All American Concert Series,” this Friday, May 25, during the 8:00am EDT hour.  This free live performance is the first of the 14-week outdoor concert series held in the heart of Midtown Manhattan, directly outside the FOX News studios (48th & 6th).   The concert is open to the public with free food offered all morning from Famous Dave’s BBQ.  Viewers will also be able to visit the FOX & Friends website at www.foxandfriends.com, which will feature post-performance coverage of the duo’s appearance.

Montgomery Gentry, known for their hard-core country anthems, will perform “So Called Life,” their second single from their seventh studio album, Rebels On The Run. Written by Sean Patrick McGraw and Bruce Wallace, Billboard Magazine recently reviewed the new single calling it a “fiery anthem.” “So Called Life” is the follow-up single to Montgomery Gentry’s Top 10 radio smash “Where I Come From.”

Currently nominated for the 2012 CMT Music Awards “Duo of the Year” award, fans can vote online for Eddie Montgomery and Troy Gentry at CMT.com, and on their mobile device at CMT Mobile or the CMT Insider app available on iPhone, iPad and Android, now through June 4. The 2012 CMT Music Awards will air live from Nashville on Wednesday, June 6 on CMT and CMT.com.