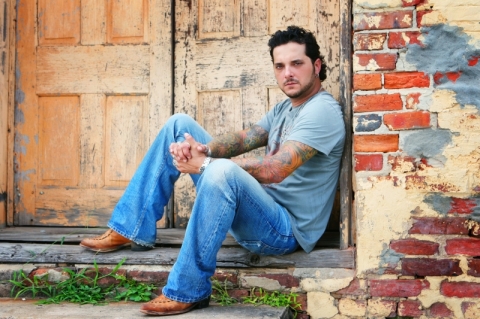 Matt Kennon, who woke us up with his self-penned Top 20 hit “The Call” has delivered another song with a powerful message, “You Had To Pick On Me.”

The song, which was inspired by Matt’s visit with a young man at an elementary school who was being bullied by his peers, takes on another important and relevant message.

Matt wrote and recorded “You Had To Pick On Me” to bring attention to this very real and widespread problem. There are so many forms of bullying, but with the advent of the internet, bullies are now able to find children, of all ages, in their own homes via their computer screens and smartphones. These children are not being stalked by adult predators; they are being tortured by their own classmates.

Matt recalls his visit with the elementary school student, “He said, ‘No one is nice to me, they laugh at me.’ He told me he didn’t have any friends,” Matt shared. He then told him, ‘Well, you do now.'”

Since that fateful day Matt, an expectant father at the time, decided to take on a mission, stamp out bullying. Bring it to light and expose it for what it is and stop it. “You Had To Pick On Me” is now climbing the Music Row charts and is being delivered to major market radio. Matt’s strong promotion team is passionate about the message that they are carrying. It’s not just another single to work at radio for them, this time, it’s a mission.  Even renowned Country Radio consultant Rusty Walker has a special affinity for the song and is showing his appreciation to Matt through his support of the single.

Matt didn’t stop with the song; he’s also created a campaign against bullying and has in sighted young people to submit their interpretation of the song via YouTube videos through The Making Music That Matters Video Campaign. From now until Oct 15, schools nationwide are invited to join the Making Music That Matters Video Campaign by submitting student-made videos for the song “You Had To Pick On Me”. At the end of the campaign, the Top Five videos (based on quality and content) will be featured in a nationwide contest for the public to vote on their favorite video, the winning school will then be recognized with a performance per school approval and schedule coordination.

Matt Kennon is an artist with a message, one that is LONG overdue!

Keep up with Matt by visiting his official website, www.mattkennon.com.