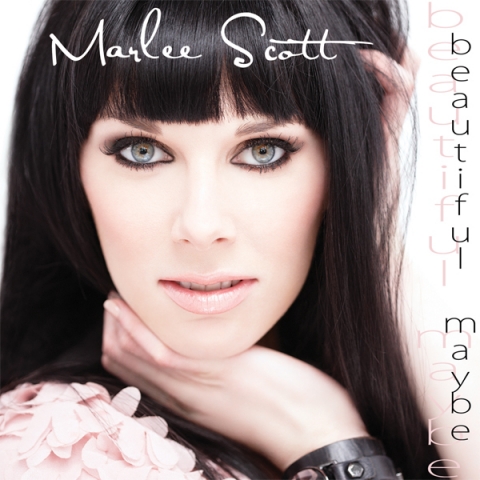 Nearly a year in the making, Beautiful Maybe is a polished and diverse collection of songs that reflects a maturity rarely found on an artist’s debut release.  Included among the 12 tracks are Marlee’s uplifting 2011 single, “Beautiful Maybe,” the thought-provoking “Jane Doe” and the understated “I’m Not Your Baby Anymore,” the groove-inspired “Planet Of Your Own” and Marlee’s current single, the humorous bad relationship anthem “Train Wreck.”

“Beautiful Maybe is something I am so proud of,” says Marlee.  “This is my debut album, but I really feel like I have come into my own on this project musically.  I think the diversity of these songs offers something unique to my fans that will keep them coming back and listening to this record over and over again.  It’s relatable, fun and emotional, and I feel like each song has a message that will truly touch people in so many different ways.  In the end, that’s what making Country music is all about.”

Beautiful Maybe is Marlee’s debut release for Nashville-based label Big Ride Records.  Her current single “Train Wreck” (written by Marcus Hummon, Jedd Hughes and Sarah Buxton) features a guest vocal from Country legend Vince Gill and is gaining momentum not only at Country radio, but also in the dance clubs.  The bluegrass-tinged, Pop-Country track has translated well on the dance floor, inspiring a “Train Wreck” remix version and a custom choreographed “Wreck’d” line dance.  Allen Morgan produced and remixed the dance version, which is now available for purchase at iTunes.