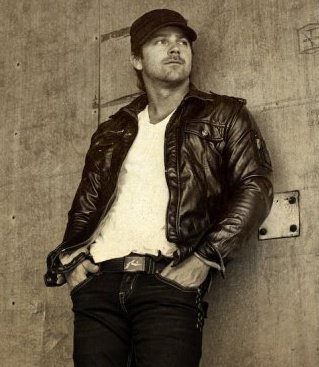 Kip Moore’s “Somethin’ ‘Bout a Truck” has captured the No. 1 spot for the second consecutive week on the Billboard Hot Country Songs Chart and the Mediabase/ Country Aircheck chart, making him the first new country artist in four years to have a debut album’s first single go No. 1 for multiple weeks.

“Somethin’ ‘Bout a Truck” is the first single from a new country artist’s debut album to reach No. 1 for multiple weeks since 2008, when Zac Brown Band and Darius Rucker made their first appearances atop the country charts. He will perform the hit on the 2012 CMT Music Awards on Wednesday, June 6, at 8 p.m. ET/7 p.m. CT on CMT and CMT.com.

In addition, Entertainment Weekly has named Moore as one of five Music Summer Breakouts in its issue called “Your Summer Must List.” He was the only country artist to receive the honor. “The Georgia native, 32, has crashed the country charts with ‘Somethin’ ‘Bout a Truck.’ And his debut, Up All Night, crackles with fresh energy—thanks in part to his evocative rasp, which works equally well on summery kick-back jams like ‘Truck’ and romantic, arena-ready anthems,” the magazine says.

Moore had just finished performing the song Tuesday on the Fox News Channel’s Fox & Friends when he received the news of his two-week No. 1.  “I was on the bus after Fox & Friends and my manager, Shawn McSpadden, told me and we gave each other a hug,” Moore says. “I am so grateful.  I’ve been so crazy busy that I haven’t had time to process it. I haven’t had time to soak it in yet.”

“Somethin’ ‘Bout a Truck” was certified gold for reaching sales of 500,000 before the April 24 release of his debut album, Up All Night. The song’s video has received more than 7 million views online.

Tim McGraw invited Moore to join him on Monday to perform a special Memorial Day concert of remembrance and gratitude for servicemembers at New York City’s Beacon Theatre during Fleet Week in partnership with Chase and the United Service Organizations (USOs.)

During Sunday’s soundcheck, Moore began writing the melody and musical arrangements of a new song. “When I went back to the hotel, I decided that I wanted it to be about the troops,” he says. “The music had such intensity that I wanted the lyrics to be as intense.”

He finished the song on the subway three hours before he performed it Monday before the servicemembers. Although Moore usually likes to live with a song for days or weeks before performing it live, he was determined to play the song for those who inspired it. “Part of it scared me because I didn’t know the song well,” he says. “It was definitely the fastest I’ve ever played something after I had written it.”

The song, “Battle Cry,” has a different tone than many military-inspired country songs.

“So many songs about our soldiers are hoorah and about how strong they are, which they are, and how ready they are for battle and to hear the wolf at the door, but I don’t feel that people touch on how scary it is to be fired on and to have family at home and to know that any moment you could die,” he says. “For some reason, that always gets shoved under the rug, so I wanted to shed light on that fear. My family and friends who have been in the military told me how scared they were to never see people they love again.”

The lyrics include:
“Shots ring out in a foreign sky/I check my clip and I wipe my eyes/
Pray to a God that I don’t miss/But God don’t live in a place like this/
So I fire my rifle in the air/Cause I see ghosts everywhere/
Oh if I should fall/
Lord lay me down tonight/In my baby’s arms one more time/
If I should say goodbye/Save my fear and let the whole word hear/ My battle cry.”

The song received a rave response from the appreciative Beacon Theatre audience. “Everybody seemed to really love it,” he says. “A lot of people came up shaking my hand and saying how much they loved it and how intense it was.”