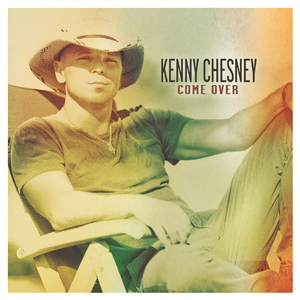 When Kenny Chesney releases his 13th studio album Welcome To The Fishbowl on June 19 (BNA Records), he’ll do what he does every day of his life: raise the bar on himself. Fans have already gotten one glimpse into the Fishbowl with the Top 10 single “Feel Like A Rock Star,” the duet with ‘Brothers of the Sun’ Tour partner Tim McGraw. Today, Chesney unveils another layer with the contemplative and haunting “Come Over,” written by Sam Hunt, Shane McAnally and Josh Osborne.

‘“Come Over” is about two people who are as broken as their relationship is, when they realize deep down that their time together has probably ran its course, but they aren’t really ready to emotionally or physically move on to something else,” said Chesney. “They keep going back to each other because it’s familiar. It’s about emotionally feeling wanted in a moment, but it feels impossible to let anybody else fill that void. It’s a really sexy song with lyrics that are incredibly universal.”

The music video, directed by longtime collaborator and friend Shaun Silva, was filmed off the coast of Florida.  “’Come Over’ is the most intimate journey I’ve captured of Kenny in the 10 years we’ve been making music videos together,” said Silva.  “It’s clear within the first five seconds of this video that Kenny is committed to his character in the video and was more than willing to open up to the vulnerabilities associated with this tortured love story. The music video was finished in black-and-white, delivering a strikingly timeless and cinematic result.”

Fans will get the opportunity to hear songs from the new album live this summer with the ‘Brothers of the Sun’ Tour, with Chesney and McGraw. Kenny and longtime friend Tim McGraw take the stage together after a 10-year hiatus with an all-stadium, 20+ city tour that reaches coast to coast. The tour also features RCA Nashville artist Jake Owen, who is coming off back-to-back #1 singles, and rocker Grace Potter, who joined Kenny on last year’s Grammy, CMA, ACM and CMT-nominated song, “You & Tequila.”