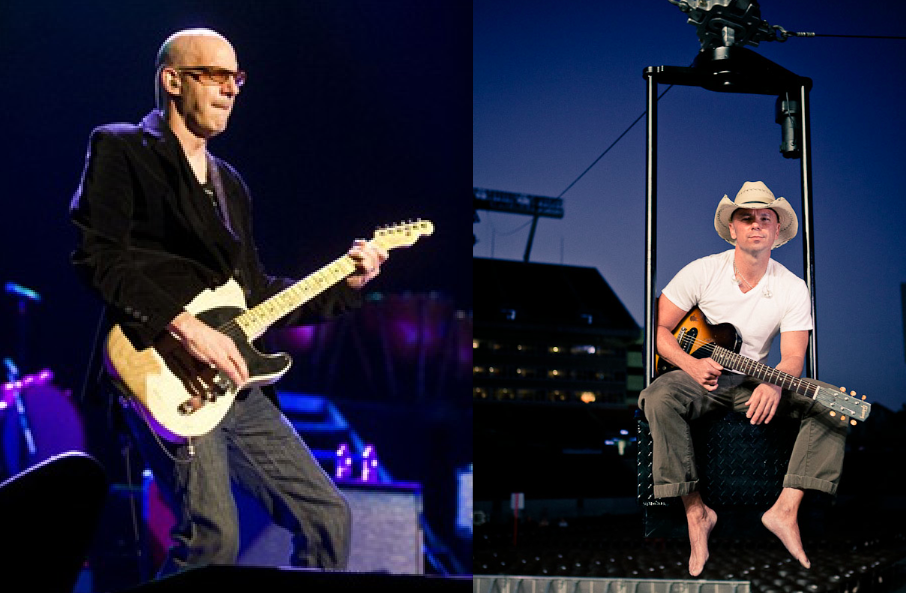 Kenny Chesney already has one of the most versatile backing bands in live music, but the superstar is adding yet another of Nashville’s finest to the ‘Brothers of the Sun’ Tour, with Chesney and Tim McGraw. Joining Chesney’s touring band is Kenny Greenberg, the Academy of Country Music’s 2012 “Guitarist of the Year” and a veteran Nashville session musician who has previously collaborated with Bob Seger, Willie Nelson, and Etta James.

After moving to Nashville at age 21, Greenberg began writing, producing, and recording for artists in a wide range of genres, including folk, gospel, pop, and country. Between producing several GRAMMY-winning and Oscar-nominated songs, Greenberg has frequently collaborated with Chesney, including on his upcoming album, Welcome To The Fishbowl (June 19, BNA Records) and 2010’s Hemingway’s Whiskey (BNA Records).

“Kenny is one of the best guitarists out there today, period,” Chesney said. “He’s been a great friend and collaborator over the years, right through ‘Welcome To The Fishbowl,’ and it’s going to be amazing to have him at the party each night this summer.”

The coast-to-coast ‘Brothers of the Sun’ Tour, with Chesney and McGraw, kicks off June 2 in Tampa, Florida. For a complete list of tour dates, please click HERE.