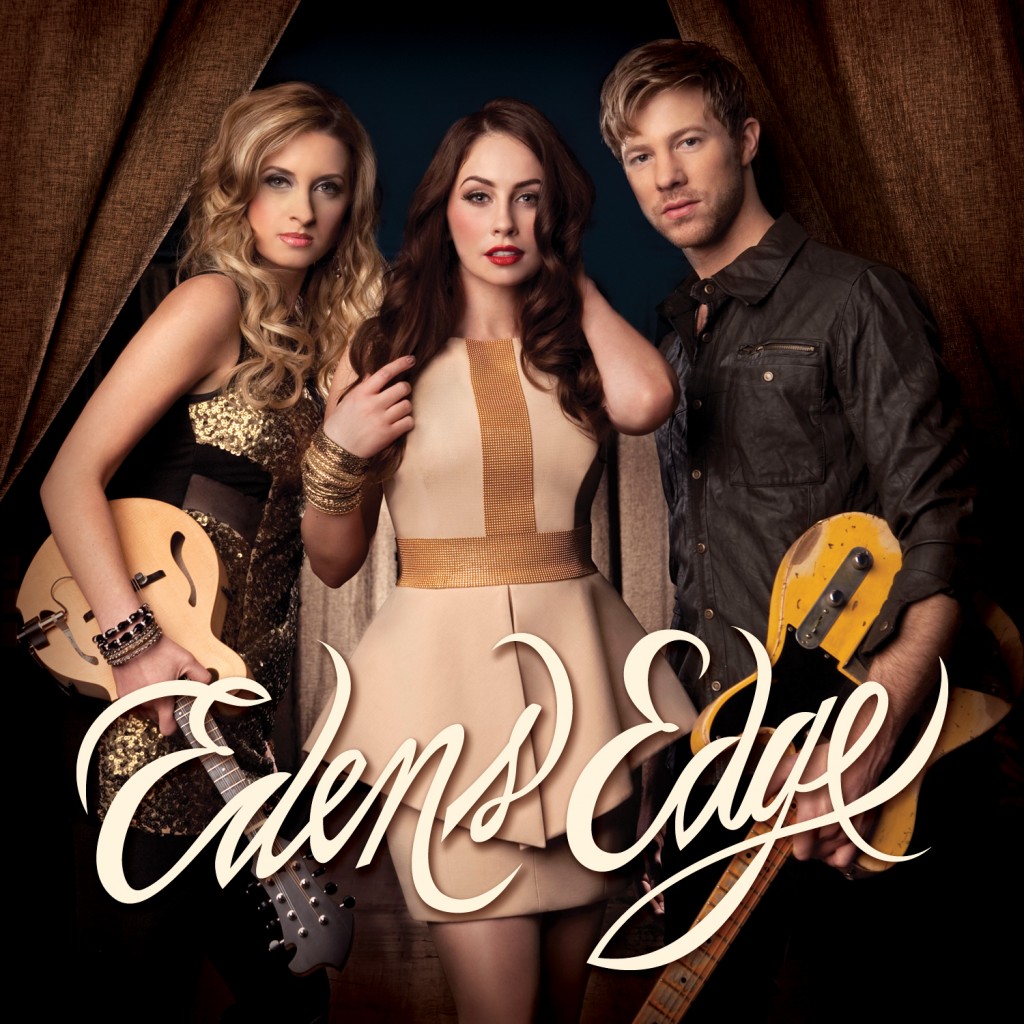 Big Machine Records’ rising stars, Edens Edge, have revealed the official tracklist for their self-titled, debut album. The project will be released on June 12, showcasing their rootsy signature style, which is evident on the sassy new single, “Too Good To Be True,” and their Top 20 debut single, “Amen.”

Award-winning producers Mark Bright and Dann Huff each worked on individual tracks with the Arkansas-bred trio, who penned half of the songs. The album displays Edens Edge’s unique musical blend that is deeply rooted in Country music, acoustic instrumentation and pure vocal harmonies.

This summer, Edens Edge has been selected for an opening slot on Rascal Flatts “CHANGED TOUR.” They will share another national platform with their labelmates called Outnumber Hunger, which helps to secure meals for the 1 in 6 Americans struggling. The partnership between Big Machine Label Group, General Mills and Feeding America engages consumers across the country while encouraging local outreach. Previously, they were profiled as one of Billboard’s “Artists to Watch,” were chosen as a CMT LISTEN UP! Artist and joined three major Country tours – Reba, Lady Antebellum & Brad Paisley.

For tour dates and everything Edens Edge, visit edensedge.com.