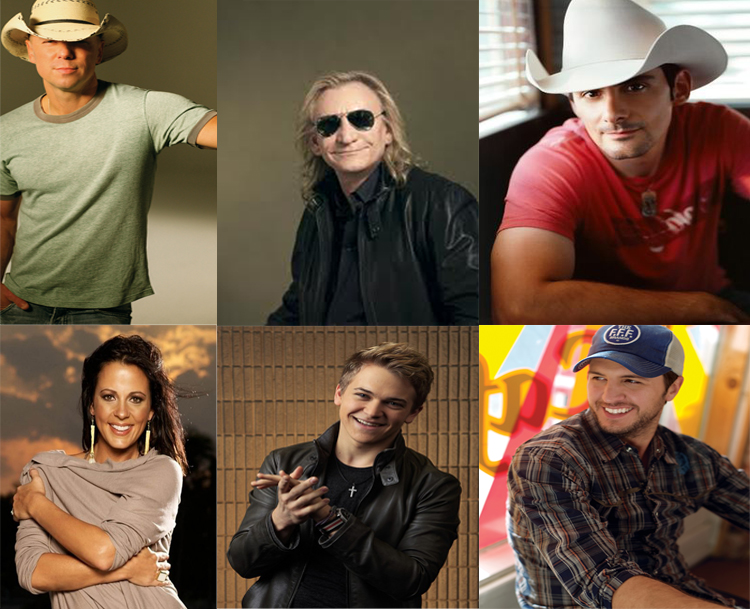 CMT presents a first of its kind CMT CROSSROADS event, CMT CROSSROADS: JOE WALSH & FRIENDS, featuring the legendary rocker and guitarist Joe Walsh, onstage with friends from country music including Kenny Chesney, Brad Paisley, Sara Evans, Luke Bryan and Hunter Hayes as well as Billy Gibbons of ZZ Top.  For one unforgettable episode of the popular performance series, the stars will align to pay homage to Walsh, performing his hits and Eagles’ classics, including “Life’s Been Good to Me,” “Life in the Fast Lane” and more.  CMT CROSSROADS: JOE WALSH AND FRIENDS premieres on Saturday, June 23 at 11:00 p.m., ET/PT.

“It’s an honor and a privilege to be onboard for a CMT CROSSROADS episode,” said Walsh.  “I’ve hand-picked some old friends and some new friends and we’re going to make sure it’s a special evening.  Nothing beats country music with a little rock & roll sprinkled on top.  We’re going to mix up a batch and see what happens. I got a real good feeling about it.  Nashville, here we come!”

Best known for his powerful guitar licks, Joe Walsh has entertained the masses and captivated his peers for more than three decades with such classics as “Funk #49,” “Walk Away,” “Life’s Been Good,” and “Ordinary Average Guy.” A member of the Rock and Roll Hall of Fame inducted Eagles, Walsh has also enjoyed tremendous success as a solo artist and will release Analog Man, his first solo album in 20 years, on Tuesday, June 5.  Walsh will tour in support of the new record throughout 2012, both in the US and abroad. For more information, visit JoeWalsh.com or follow @JoeWalsh on Twitter.